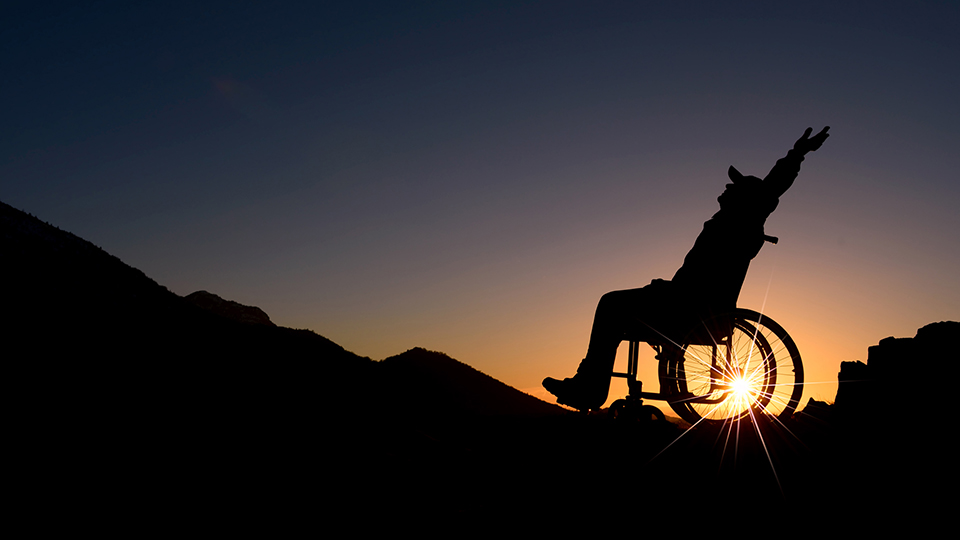 The definition of person living with disabilities has now been overhauled, overcoming, once for all, the paternalistic welfare approach to disability.

The new Disability Rights Act that was passed by the legislature on August 6 is a milestone for persons living with disabilities in Nepal. It replaced the obsolete Protection and Welfare of the Disabled Persons Act enacted back in 1982. The new legislation finally aligns Nepal with the Convention on the Rights of Persons with Disabilities that the country ratified in 2010, focusing, on one hand, on rights of persons living with disabilities and, on other hands, on the duties and responsibilities of the State towards them.

The definition of person living with disabilities has also been completely overhauled, overcoming, once and for all, the paternalistic welfare approach to disabilities, which was inadequate to fulfill and protect the rights of persons with disabilities. A person with disability is now defined as someone restricted from “full and effective participation on an equal basis with others due to long-term physical, mental, intellectual or sensory impairment or functional impairment and existing barriers”.

The new Act is also crystal clear on what entails discrimination based on disability: It is “inhibition or nullification of the recognition, enjoyment and use of human rights and fundamental freedom in political, economic, social, cultural, civil or other sectors on an equal basis with others or distinguishing on the basis of disability, rejection or prohibition and this would also mean all other types of discrimination including denial of reasonable accommodation”.

Importantly, the legislation broadens the classification of disabilities, offering due recognition to persons living with mental or psychosocial disabilities and severe conditions like autism.

The same could be said on autism, a syndrome that has always been neglected as far too many people are still unaware of it.

The new Act envisions the creation of a National Disability Council as a powerful institution with a range of functions: from coordinating between government- and non-government organizations; to recommending long-term policies, plans and programs, including revising laws; and monitoring, supervision and evaluation of programs related to persons with disabilities, just to mention a few.

Yet the council will not be a statuary body and will instead be based at the Ministry of Women, Children and Social Affairs, the line ministry dealing with disabilities. There is thus the risk that yet another administrative layer, which might even struggle to meet every three months as provided in the Act, might have been created.

The good thing is that civil society actors, including the Chairperson of the National Federation of Disable Nepal, the umbrella body representing persons with disabilities, will have a seat at the council with eleven other civil society members nominated by the ministry.

The council could be an interesting and unique example of joint state-civil society decision making and could herald a new era for inclusion and accessibility. In short, the passage of the Act is a big breakthrough for the entire community of persons living with disabilities.

It is also an important milestone for all those citizens who are deeply committed to making Nepal more just and inclusive.  The problem is that far too many people still do not think of disability as an important issue. But simply because it does not affect you or a member of your family does not mean you should not care about living conditions of persons with disabilities.

There is also suspicion whether the Act, as good as it is, can actually be put into practice.

Here, please think about free education and free health provisions for persons with disabilities enshrined in the new Act. Think about mechanism to assist and support persons suffering from mental and psycho-social disorders. Reflect on provisions on skill development of persons with disabilities or their rights in terms of mobility and accessibility. For example, the new Building Code seems to be silent on accessibility issues.

If you look at all the modern buildings coming up right around the valley, building a ramp does not seem to be their priority; and probably the only “outlier” in this is the Labim Mall in Patan.

One other area covered by the Act that could be considered “revolutionary” is related to protection and enforcement of rights of persons with disabilities and responsibilities towards them.

The Act foresees procedures of filing complaints and cases against persons or institutions that discriminate against persons with disabilities. But the responsibility for doing so lies with the Chief District Officer rather than judicial courts. While this could be a pragmatic solution, there might be instances where CDOs might not prioritize dealing with disability issues.

The challenge in the implementation of the new Act will be twofold: prompt preparation of the Act’s Regulations and internalization of the Act’s provisions by the common people. The two processes are complementary. The regulations should be prepared by involving the widest section of the society, even those not directly “touched” by disabilities.

The hope is that by understanding the new Act and the difference it can make in the life of millions of citizens living with disabilities and their family members, people will embed disabilities and social inclusion in their lives, in the process turning Nepal into a more inclusive and diverse nation.

The author is the co-founder of ENGAGE, a local NGO partnering with yyouths living
with disabilities.

“A problem well-defined is a problem half-solved”. ... Read More...