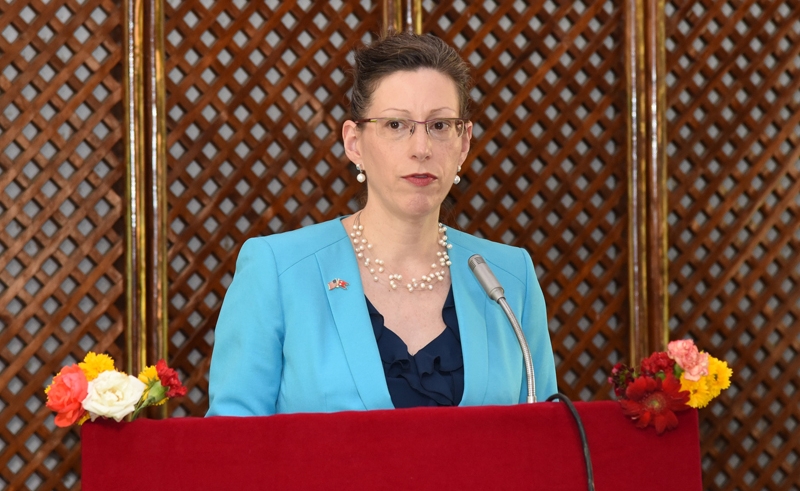 Acclaiming the reports on rampant corruption involving government officials, American Ambassador to Nepal Alaina B. Teplitz, on her Twitter, has called on the government to immediately suspend those officials involved in the corruption scam.

Reports of corruption abound. Gov’t must suspend those involved, investigate, and prosecute cases aggressively to end this scourge. https://t.co/KyAEwo4EvX

Commenting on Republica editoriral headlined 'Dismiss them' published on Thursday, Envoy Teplitz suggested that the government carry out investigations into the cases and prosecute them aggressively to end this scourge.

It has been over a month and a half since Republica and its sister publication Nagarik Daily began reporting on massive irregularities in the purchase of lands by the state-owned Nepal Oil Corporation for its new storage facilities.

Recently, Nepal Media Society, the umbrella organization of the Nepali print and electronic media,  has also started a campaign against corruption.

Lawmakers seek against all those involved in corruption