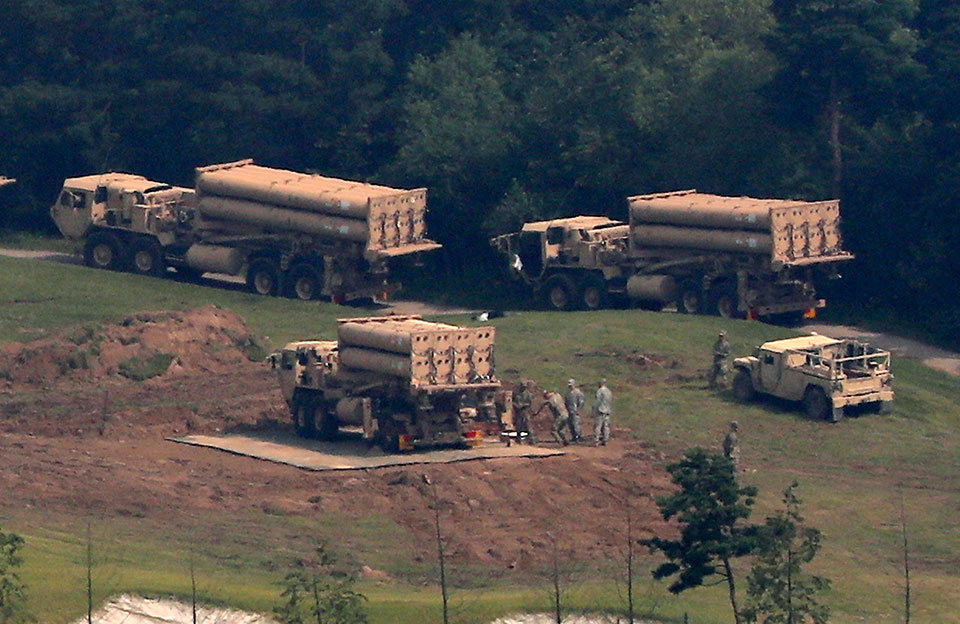 U.S. missile defense system called Terminal High-Altitude Area Defense system, or THAAD, are seen at a golf course in Seongju, South Korea, Thursday, Sept. 7, 2017. Seoul's Defense Ministry on Thursday said the U.S. military has completed adding more launchers to a contentious U.S. missile-defense system in South Korea to better cope with North Korean threats. The deployment of the Terminal High-Altitude Area Defense system has angered North Korea but also China and Russia, which see the system's powerful radar as a threat to their own security. (AP)

China hopes North Korea will "see the situation clearly and come to the right judgment and choice,"

Wang said the U.N. should take "necessary measures," but added that sanctions and pressure should spur dialogue and negotiation between the sides toward the goal of a peaceful resolution on the Korean Peninsula.

"We believe that sanctions and pressure are only half of the key to resolving the nuclear issue. The other half is dialogue and negotiation. Only when the two are put together can it unlock the nuclear issue of the Korean Peninsula," Wang said.

China is a veto-wielding permanent member of the U.N. Security Council, as well as North Korea's main trading partner and source of food and fuel aid.

Two of the system's launchers are already operational, and the remaining four were added Thursday amid protests by residents living near the site in South Korea.

Geng told reporters that China had complained to the U.S. and South Korea and urged them to "take seriously the security concerns and interests of China and other regional countries."

China's opposition to THAAD's deployment has sent formally strong relations with South Korea into a tailspin, cutting deeply into the crucial economic relationship between the sides.

South Korean carmaker Hyundai Motor Co. said its China plant halted operation due to a supply disruption on Tuesday, its second shutdown in China in less than a month.