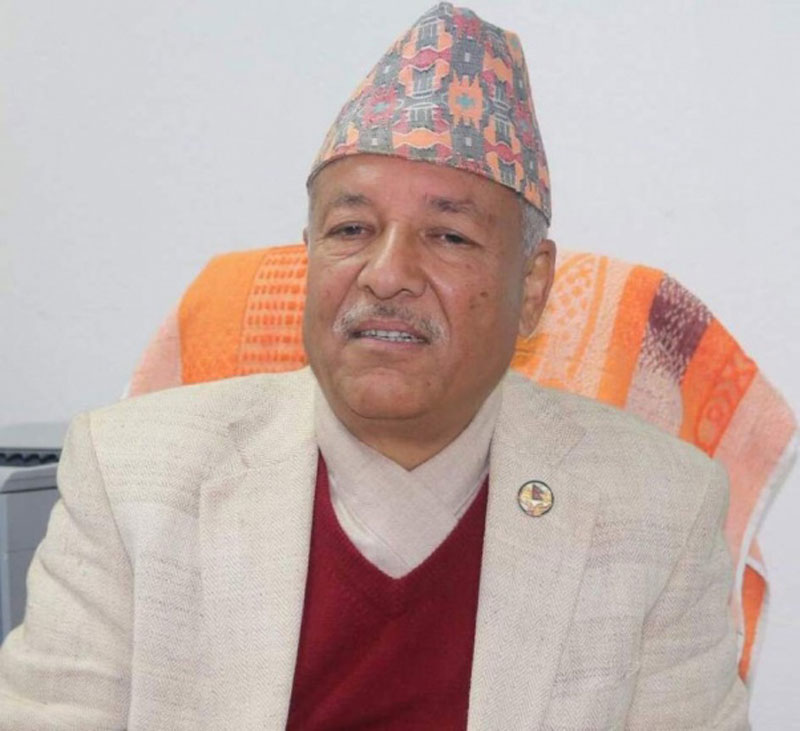 KATHMANDU, September 7: Rastriya Prajatantra Party (Democratic) leader Dipak Bohora, whose involvement in the corruption involving the controversial land procurement deal made by the state-owned Nepal Oil Corporation (NOC) was revealed recently, is set to become a cabinet minister from his party.

Bohora is one of the three cabinet ministerial candidates that RPP (D) is planning to send to Sher Bahadur Deuba-led cabinet. "Our party is set to get forest, industry and science and technology ministerial portfolios. The party has decided to send the three elected parliamentarians (ie Sunil Bahadur Thapa, Bikram Pandey and Dipak Bohora) to the cabinet," said a leader of RPP (D).

Sources said the three RPP (D) leaders along with state ministers are scheduled to take oath of office and secrecy, most likely on Friday. Sources said discussions between RPP (D) and the ruling parties are still underway to swap the Ministry of Science and Technology with the Ministry of Women, Children and Social Welfare.

Earlier, lawmakers involved in the investigation of the controversial land procurement deal made by the NOC had claimed to have found the involvement of former Minister of Supplies Bohora. A member of the Parliamentary Committee on Industry, Commerce and Supplies Rambir Manandhar said that they had received information during the field investigation that Bohara as then minister for supplies had visited the land purchased by the NOC, wearing a face mask.

Although the NOC is said to have spent Rs 2 billion for the procurement of land meant for developing storage facility, the parliamentary panel had found that the land owners, who sold their property to the public utility had not even received Rs 500 million in total. The parliamentary panel had concluded Bohora's involvement in over Rs 1.5 billion embezzlement involving the NOC land procurement in Jhapa, Sarlahi, Chitwan and Bhairahawa.

KATHMANDU, Aug 30: The Ministry of Supplies (MoS) appears to be reluctant to initiate investigation into the Nepal Oil Corporation (NOC)'s... Read More...

New Zealand Finance Minister Bill English is set to be confirmed as the country's next leader after both his competitors... Read More...

Fugitive arrested from his house in Jumla
32 minutes ago