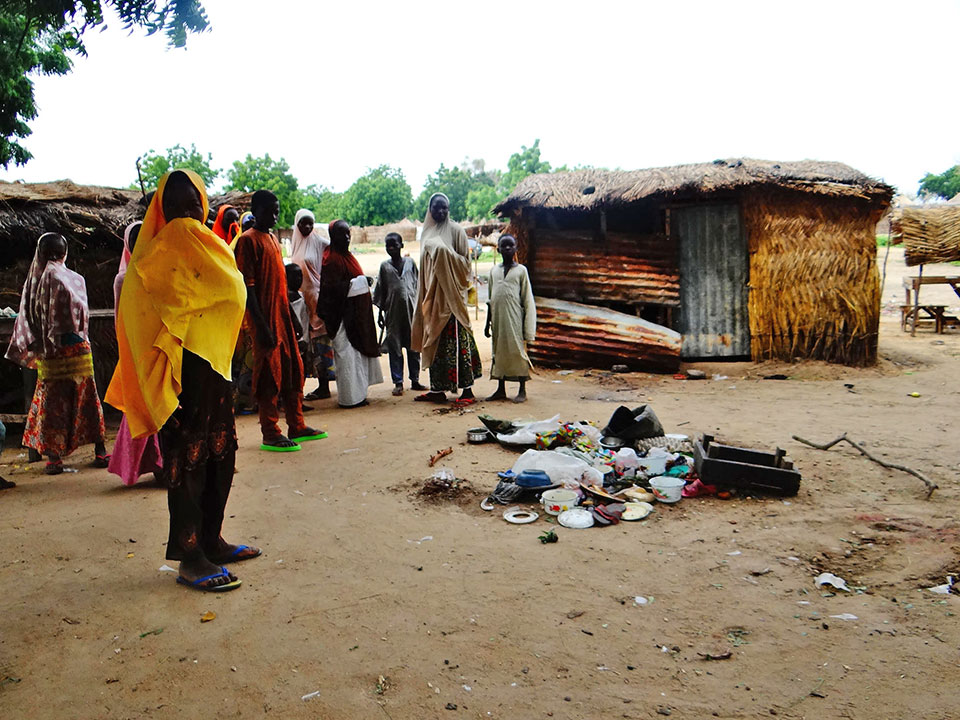 People gather at the site of a suicide attack at a Market in Konduga outside Maiduguri, Nigeria Wednesday, Aug. 16, 2017. Suicide bombers attacked a camp for internally displaced people and a nearby market in a northeastern Nigeria village, a local official said Tuesday. (AP)

MAIDUGURI, Nigeria, August 26:  Boko Haram extremists killed at least 27 people by shooting them and slitting their throats as they attacked several villages in northern Nigeria's Borno state in the past week, residents said.

Such deadly attacks in recent months have pressured Nigeria's government to increase its efforts against a homegrown Islamic extremist group it last year declared to be "crushed."

Boko Haram fighters entered villages in the Nganzai area on Wednesday, slitting throats and using guns to kill at least 15 people while injuring two others, said Modu Jialta, a member of a local self-defense group. The attackers also burned homes.

Residents weren't able to get to the bodies for burial until Friday, Jialta said.

Northern Borno state is the birthplace and stronghold of Boko Haram. Bunu Bukar, secretary of the hunters' association there, said more government support and better equipment is needed to combat the extremists.

In a speech to the nation on Monday, President Muhammadu Buhari vowed to "reinforce and reinvigorate the fight" against Boko Haram, which he accused of "attempting a new series of attacks on soft targets."

ABUJA, Oct 17: Joy, jubilation and dancing erupted Sunday when a group of Nigerian parents were reunited with 21 schoolgirls... Read More...

Asparagus price reaches Rs 5,000 per kg in local market due to surging demand amid low supply
25 minutes ago