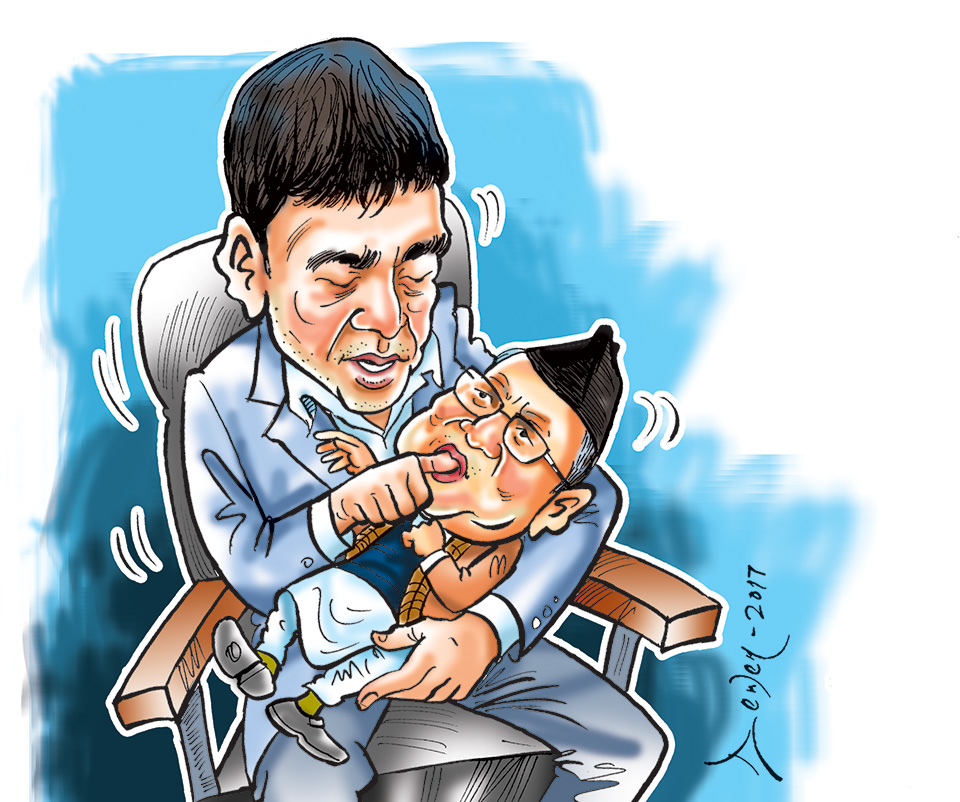 KATHMANDU, Sept 4: Deputy Prime Minister and Education Minister Gopal Man Shrestha has been showing no interest in taking action against corruption-accused Dolindra Prasad Sharma, chairman and general manager of Sajha Prakashan. Shrestha is reported to have turned down the resignation letter submitted to him by Sharma.

The four members of the Sajha Prakashan board including Sharma resigned from their posts about a week ago. Sharma resigned as chairperson of the board. However, DPM Shrestha told Sharma to take back his resignation letter and continue in his office, according to sources. Sharma told one of the Sajha staffers on Monday, “I resigned from my post but Minister Shrestha rejected it,” according to the staffer who requested anonymity. Sharma attended his office at Sajha  Monday.

Responding with irrigation to  queries by Republica, DPM Shrestha asked why Republica and Nagarik were always carrying news about Sajha alone. He said he was not the right authority to  act on the report prepared by his ministry. “We prepared it as per the request of the anti-graft body and the parliamentary committee, and they will take the necessary action.”

The Ministry of Education (MoE) on July 27 formed a probe committee headed by Ganesh Dhakal, undersecretary at the Monitoring and Evaluation Division of  MoE, and including Resham Sigdel, undersecretary at the Law Section, and Bhola Nath Paudel, accounts officer. On August 3, MoE removed Paudel from the panel as GM Sharma appointed Paudel's wife Nabina to a job at Sajha. The ministry then nominated Sunita Khanal, also an accounts officer at DoE.

The panel submitted its report to DPM Shrestha about two weeks ago, recommending the immediate sacking of the Sajha board and  action against those involved in irregularities. Sajha Prakashan board members include  Pradip Nepal, Dinanath Sharma and Dr Krishna Hari Baral,  who were nominated,  and elected members Bijaya Subba, Harihar Khanal and Jeevan Chandra Koirala.

It is obvious that Minister Shrestha is disinterested in taking action against Sharma and is ignoring the recommendations of the panel formed by himself.  “Minister Shrestha stopped showing interest in taking action against Sharma after former education minister Chitra Lekha Yadav along with GM Sharma visited him at the ministry a week ago and told him not to take any action,”  sources claimed, requesting anonymity. “Former education ministers Paudel and Agni Kharel also  put pressure on Shrestha not to take action against GM Sharma.”

Fugitive arrested from his house in Jumla
34 minutes ago