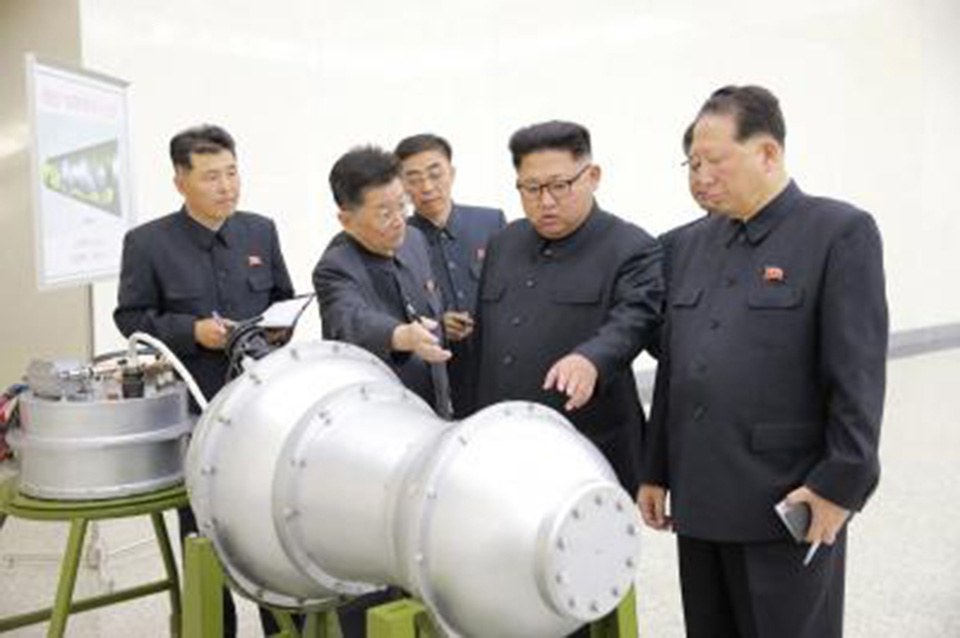 SEOUL/WASHINGTON: South Korea said on Monday it was preparing fresh military drills with its ally the United States and ramping up its ballistic missile defenses in response to North Korea’s sixth and most powerful nuclear test a day earlier.

The United Nations Security Council was set to meet later on Monday to discuss fresh sanctions against the isolated regime. U.S. President Donald Trump had also asked to be briefed on all available military options, according to his defense chief.

South Korea’s air force and army conducted exercises involving long-range air-to-surface missiles and ballistic missiles on Monday, the joint chiefs of staff said in a statement. More drills were being prepared with U.S. forces in the South, it said.

The South’s environment ministry will also announce on Monday its approval of an environmental assessment report for the deployment of a controversial U.S. anti-missile defense system, a ministry official told Reuters.

Seoul said in June it would hold off installing the remaining components of the Terminal High Altitude Area Defense (THAAD) system until it completed an assessment of its impact on the environment.

North Korea said an advanced hydrogen bomb for a long-range missile was tested on Sunday, prompting the warning of a “massive” military response from the United States if it or its allies were threatened.

“We are not looking to the total annihilation of a country, namely North Korea,” U.S. Defense Secretary Jim Mattis said after meeting Trump and his national security team. “But as I said, we have many options to do so.”

Trump has previously vowed to stop North Korea developing nuclear weapons and said he would unleash “fire and fury” if it threatened U.S. territory. That prompted the North to threaten to fire missiles towards the U.S. Pacific territory of Guam, although it has since appeared to back away from that threat.