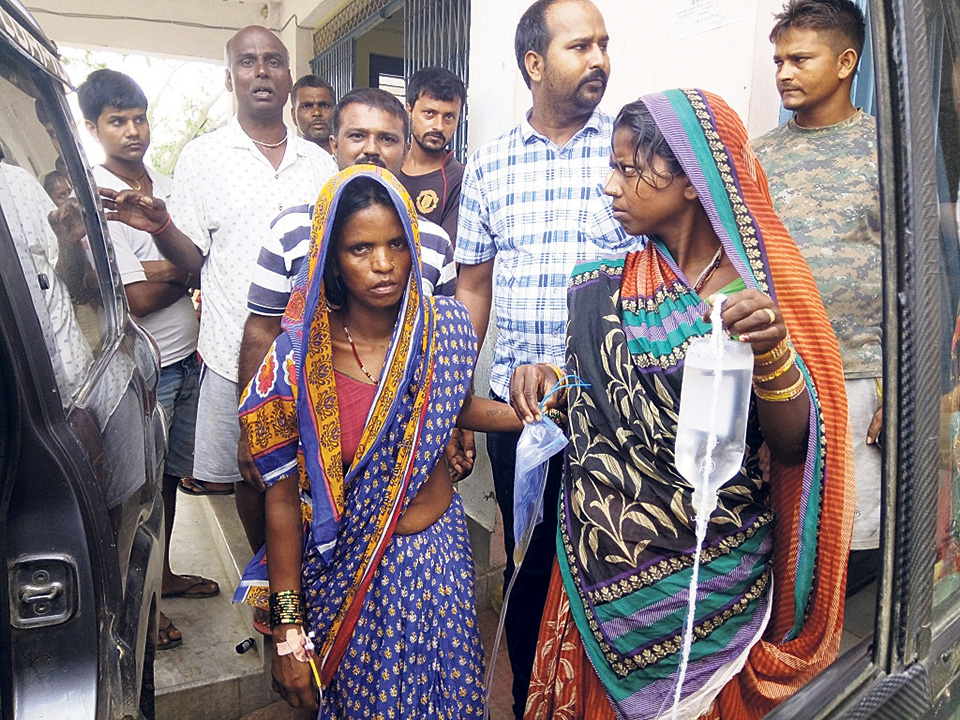 RAJBIRAJ, August 29: Three people have died from snakebites in two weeks in Saptari district in the aftermath of the massive floods.

According to the Gajendra Narayan Singh Sagarmatha Zonal Hospital (GNSSZH), Rajbiraj, over 15 snakebite patients visit the hospital for treatment every day. On August 21, nineteen years old Sunita Kumari Pandit of Hanumannagar, Kankalani Municipality-12 succumbed to snakebite. She reportedly died while being rushed to the hospital. “She was already dead by the time she reached the hospital so we could do nothing,” said Ram Kumar Dayali , the in-charge of snakebite treatment department at GNSSZH.

Earlier, on August 16, a three years old child of Krishna Sabaran Rural Municipality died of snakebite. He was found unconscious in the field. He was rushed to hospital but the doctors declared him brought dead. After the recent floods destroyed their habitat, snakes, both venomous and non-venomous have come out in the open threatening the locals. Apart from snakes, crabs are also seen in huge numbers in the flood-hit areas, according to locals.

Hospital sources said there are no sufficient medicines, needed manpower and infrastructure to deal with the rising cases of snakebites.

Likewise on August 15, sixty-five years old Kameshwar Sah of Yoginiya VDC-6 of Kankalani Rural Municipality also lost his life after being bitten by a snake. As his treatment was not possible in Sagarmatha Zonal Hospital, he was referred to Dharan but he died on the way, according to relatives.

Meanwhile, Sajani Devi Mandal, 35 of Tilathi Koiladi-3, Sakarpura is being treated at BP Koirala Institute of Health and Sciences (BKIHS). Sajani was bitten by a krait while she was working at her home. As it was not possible to treat her at GNSSZH due to lack of necessary equipment she was later referred to the BKIHS. All that the GNSSZH has been doing currently is ascertaining whether a patient has been poisoned after a snakebite or not. In many cases, the snakes are not poisonous, medics said.

Ganeshi Ram of Kamalur-4 of Bihar, India who had come to GNSSZH for treatment of snakebite died in the hospital due to lack of timely medical intervention. However, health workers claim that he arrived late for the treatment.

When Republica met Rajendra Sharma, Chief of Flood Forecasting Section at the Department of Hydrology and Meteorology, in his... Read More...

Nepal's politics is in a serious and sensitive situation: NCP General Secy Chand
55 minutes ago