'Kabali': All style, no fire 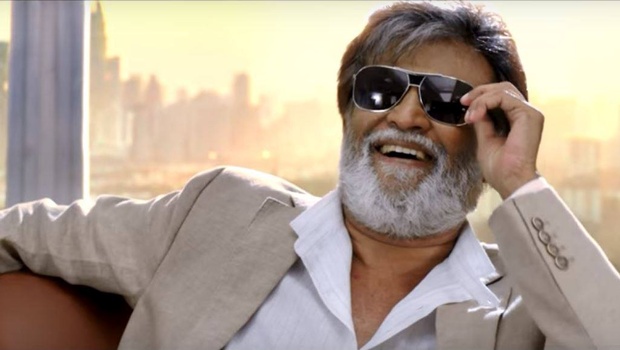 For the number of times one might have heard "Neruppu da (fire blazing fiercely)", the hit track from Rajinikanth's "Kabali" which has released worldwide in cinemas on Friday, it isn't unfair to expect some fire in the film too.

Unfortunately, you don't even find a spark, neither in Ranjith's story nor in the overall film. However, there's fire in Rajinikanth's performance and it's a treat to see the 65-year-old superstar, acting his age effortlessly and as stylishly as we might have never seen him before.

"Kabali" is a viscerally violent gangster film and amid all the bloodshed, betrayal and revenge, it's the story of a gangster who is desperate to reunite with his family after being locked up for 25 years.

As much as the gangster portions work, despite weak villains, one wishes Ranjith concentrated on the family angle instead. This could have been a wonderful story of a former gangster and his search for his long separated family. Or it could have been a straightforward action film, say, like "John Wick", with absolutely no compromises.

"Kabali", however, tries to strike a balance and in doing so it ends up being neither a Rajinikanth film nor a Ranjith film.

Rajinikanth makes a terrific comeback in "Kabali", especially after the debacle of "Kochadaiiyaan" and "Lingaa", and he displays his acting chops in full glory. The man is impeccably dressed and it's lovely how Ranjith uses style as statement of equality which he explains sensibly towards the end during the climactic action block featuring Kabali and Tony Lee, played by Winston Chao.

While it's evident that age is catching up with the superstar, he still shines handsomely in a role that almost makes one want to root for the actor underneath the star status.

Radhika Apte, who plays Kabali's wife, scores over Rajinikanth even in her limited screen space. Dhansikaa, too, rises to the occasion and plays her part convincingly. It's the rest of the cast including talented actors such as Kishore, John Vijay, Ritwika, Dinesh and Kalaiarasan who don't quite leave an impact.

The confidence and earnestness with which Ranjith made "Attakathi" and "Madras" is absent in "Kabali", and that's disappointing. What's even more surprising is how did Ranjith fail in making a film with Rajinikanth where he isn't playing to the gallery.

When it comes to fashion tips, it sometimes seems that everyone has tried-and-tested style advice they absolutely swear by. Some... Read More...