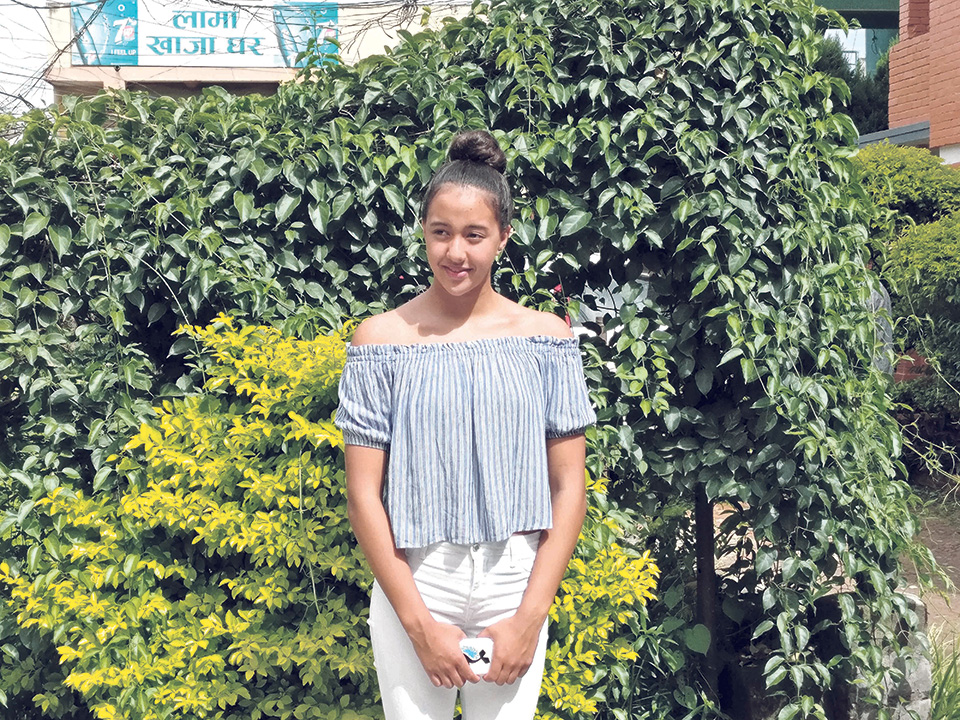 KATHMANDU, August 28: Olympian Gaurika Singh has said she doesn’t let politics affect her performance in swimming as she concentrates only on getting better and target for the best.

Thirteen-year-old Singh, who was the only medal winner for Nepal in the 12th South Asian Games (SAG) held in India last year faced obstacles from National Swimming Association (NSA) as they restricted swimmers from participating in more than four events at the national championships which could have prevented players like Gaurika from taking part in various events.

Speaking at the press meet organized in the capital on Sunday, Olympian Singh said she was happy with her performance in the last national tournament in which she participated in six of the events setting four national records.

Singh said, “I am happy with my performance in the championship and I try to do better in every tournament. I want to win as many medals I can and also prepare for the next year. Participating in new tournaments give me more experience and I want to do better and target for the best.’’

Swimmer Singh said that she is targeting for the South Asian Games (SAG) and Asian Games and wants to give her best to further improve her performance and win medals for Nepal.

“My main goal is to win the medal, of course, but also to make myself better and don’t let anything distract me. The politics in swimming was something I was unaware of but it doesn’t affect my performance at all. I don’t care about it,’’ she explained.

The 20th National Swimming Championship date was set for mid-August but NSA had tried to delay it by one month. Sources claimed that the motive behind the delay was to affect Singh’s participation, who had to travel to Nepal from the United Kingdom (UK).

Gaurika discussed her future plans which were to train for the next competitions as well as the upcoming Olympics to be held in 2020 in Japan. Singh said that she will practice hard with her coach for the qualifications in upcoming championships.

Singh said she practices for nine hours a day at the least to improve her performance and runs for at least six kilometers a day.

The iPhone 7 is just fine, even if it doesn’t wow

TIBURON, California, Sept 14: Apple’s new iPhone 7 and 7 Plus are clearly improvements on their predecessors -- even if the... Read More...

RIO DE JANEIRO, Aug 8: The youngest competitor at the Rio Olympics ripped her swimsuit minutes before her race on... Read More...