Yellen to Trump: Don’t expect a flip-flop on financial reforms 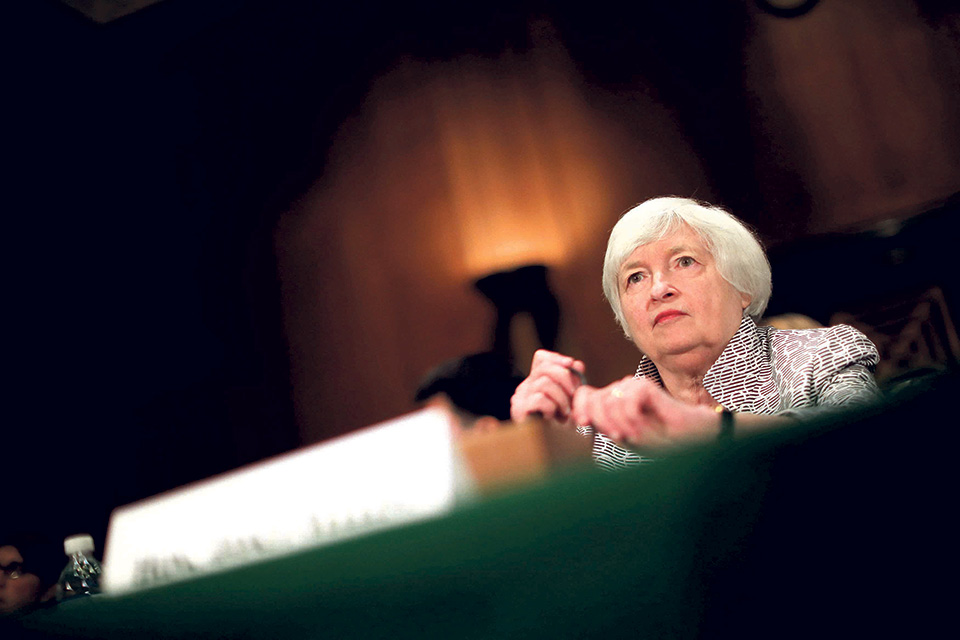 JACKSON HOLE,  August 27: Janet Yellen delivered a message to President Donald Trump on Friday, making it clear that if he re-nominates her as Federal Reserve chair she will not turn her back on the raft of US financial reforms that Republicans want to roll back.

Her speech to the world’s top central bankers in Jackson Hole, Wyoming, comes at a time when the chaos at the White House may make it more likely that she would be appointed to serve another four years to head the US central bank.

Yellen, whose term as the Federal Reserve Chair ends in February, warned that “for some” memories of the 2007-2009 financial crisis may be fading, and she said that only “modest” adjustments could be made to regulations meant to protect the economy from runs on banks and other financial panics.

President Trump and congressional Republicans say many of the Obama-era rules go too far in choking off credit and burdening firms with unnecessary compliance.

“Yellen’s passionate defense of the post-crisis tightening of financial regulation isn’t going to go down particularly well at the White House,” said Paul Ashworth, chief US economist at Capital Economics, in Toronto.

Yet with Trump’s regulatory, tax and infrastructure policy plans so far delayed, and the White House struggling to fill several key posts, Yellen, a Democrat, may represent the President’s best shot at ensuring stability at an institution critical to running the economy smoothly.

While Trump may disagree with Yellen’s big-government stance on regulatory policy, he is more aligned with her track record of keeping rates low to get Americans back to work.

In addition, she said she was open to some of the key changes that the administration, and its nominee as Fed vice chair for regulation, Randal Quarles, want to pursue.

LOBBYING FOR CONTINUITY
Others have been mentioned as possible choices for Trump, several of whom attended the Fed conference at a lodge in Grand Teton National Park.

Along with her standing among economists and market participants, Yellen has a public lobby as well. Demonstrators here held a rally outside the conference donning wigs fashioned after Yellen’s hairstyle. The organizers, the Fed Up Coalition that has criticized the central bank’s recent interest-rate hikes, want Trump to stick with Yellen.

The Fed chair has not said explicitly whether she would be open to another term, a question that has taken on added interest following intense criticism of Trump’s response to a white supremacist rally in Charlottesville, Virginia. Yellen, 71, is Jewish, and her image was included in a Trump campaign ad shortly before the election criticized as anti-Semitic.

But Yellen may come under increased pressure from liberals to accept if nominated, as the Fed is an independent agency and is not viewed as being part of the presidential administration.

“Janet Yellen is a patriot,” said Gene Sperling, who was director of the National Economic Council under former President Barack Obama, who appointed her.

“She would feel a patriotic duty to stay on if asked, even if from a personal level she was ready for a break ... she would feel an obligation to serve.”

Along with academic economists, Gary Cohn, the former Goldman Sachs president who is now Trump’s chief economic advisor, is considered a top contender for the job.

Yellen’s familiarity among investors may be welcome to a White House facing an acrimonious political battle to avoid a debt ceiling deadline next month, and still reeling from criticism over its response to Charlottesville.

Reports emerged Friday that Cohn had drafted a letter of resignation over the latter incident, but decided to stay on the job.

Trump, who praised Yellen after his election for keeping interest rates low, has said he probably won’t make the decision about the Fed chair until late in the year.

That time frame has struck many Fed officials as worryingly late given the need for Senate confirmation and the possibility of a negative market reaction.

Democratic President Obama re-nominated Ben Bernanke, first selected as Fed chair by Republican President George W Bush, at exactly this time in the process in 2009. At the 2013 Jackson Hole conference, the White House had already winnowed the choice down to Yellen or Larry Summers, a former Treasury secretary.

“It would be a smart move for him economically” for Trump to promptly choose Yellen, added Sperling.