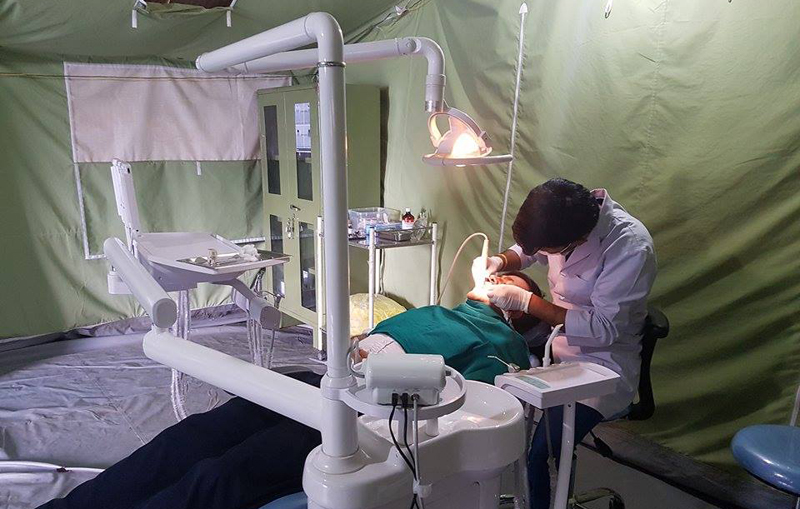 RASUWA, August 27: Almost 27 months have elapsed since the devastating earthquake of 2015 but the government is yet to rebuild the district hospital which was damaged in the quake. This has compelled doctors to treat patients under makeshift tents.

The delayed reconstruction of the hospital has affected all services. Patients have been kept under tents and are affected by the weather. Dr Jhalak Gautam, head of the District Public Health Office (DPHO), said that the patients have to use umbrella or plastic coverings to protect themselves from the leakage due to poor tent conditions.

According to the DPHO, Nepal Red Cross Society (NRCS) was entrusted with the responsibility of reconstructing the district hospital located in Dunche and Rs 42.4 million was allocated for it.

Babu Lal Tamang, Rasuwa district chapter chief of NRCS, blamed road problems and transportation of construction materials as the major reason behind not completing the reconstruction on time. “We also want to finish the job on time but this hasn't been possible because of delays by the contractor,” said Tamang.

Various health services such as maternal care, dental care and X-ray have been affected by the delayed reconstruction. Health workers have complained that they are not able to create favorable conditions for the newly born babies.

When the winter starts from October, it will become hard for the staff to manage the patients. Pregnant women admitted seeking treatment leave due to the cold weather in the region. Dr Gautam said that he has also experienced cases where the admitted patients leave the hospital and go home.

On an average 50 patients arrive at the hospital every day although there are only 25-beds. The hospital informed that patients even come from upper region of Goisakunda and Parwatikunda rural municipalities.

"We have started to treat patients from the damaged building as some treatments are hard to give under tents," he said Various organizations like Save the Children, Karuna Foundation and NRCS have helped in reconstructing the damaged buildings in the district.  Earlier, the health ministry had revoked the construction contract signed with Karuna Foundation after the organization could not reconstruct the building even two years after signing the contract.

Currently, there is only one hospital in the district which is also not fully reconstructed. Besides that, there is one primary health center, 17 health posts, four community health centers and two ayurvedic centers in Rasuwa. 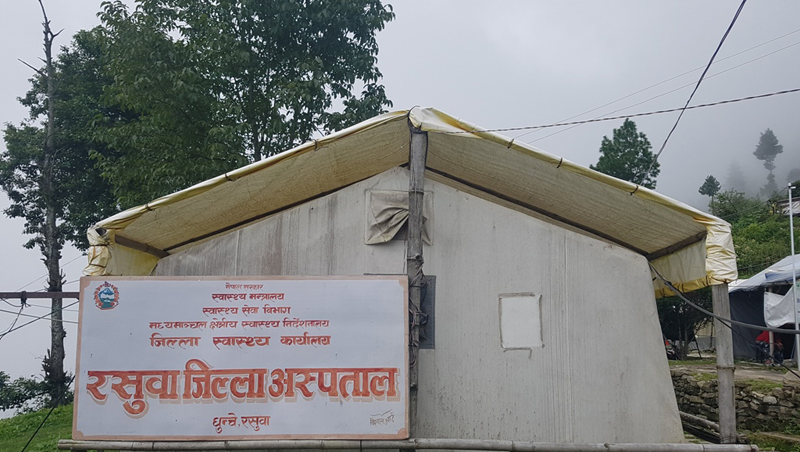 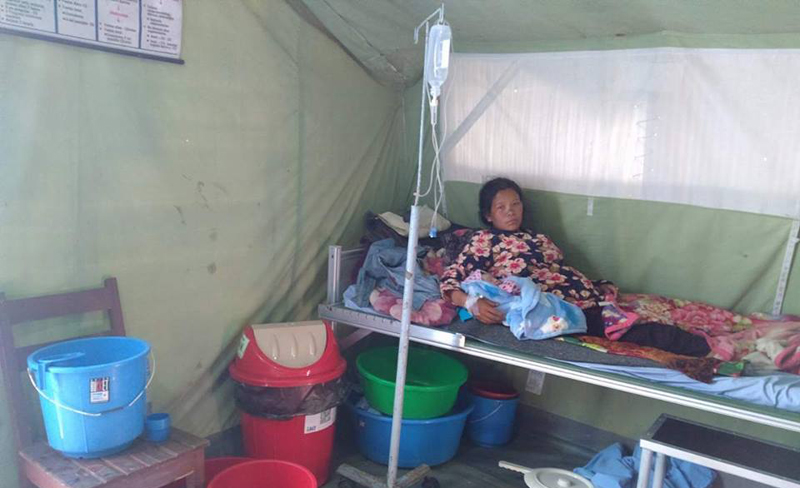 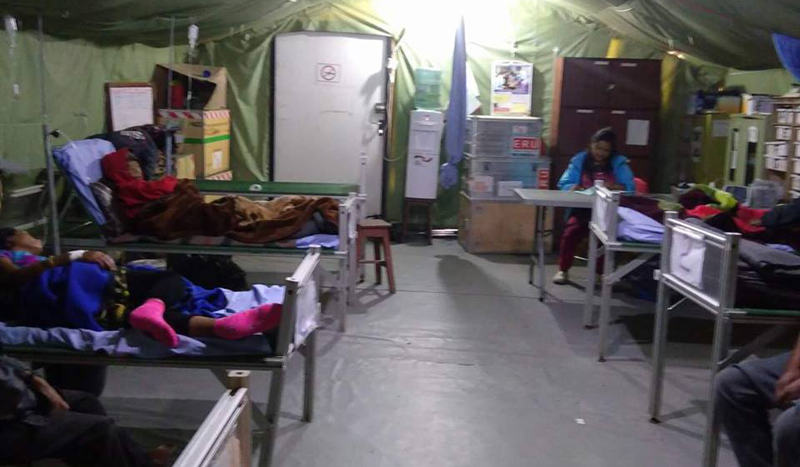 KATHMANDU, Sept 4: The doctors' strike on Sunday brought health services in the country to a standstill, leaving hundreds lined up... Read More...

GAIGHAT, UDAYAPUR Oct 1: Patients visiting the District Hospital Udaypur based in Bokse, looking for treatment have been deprived of the... Read More...