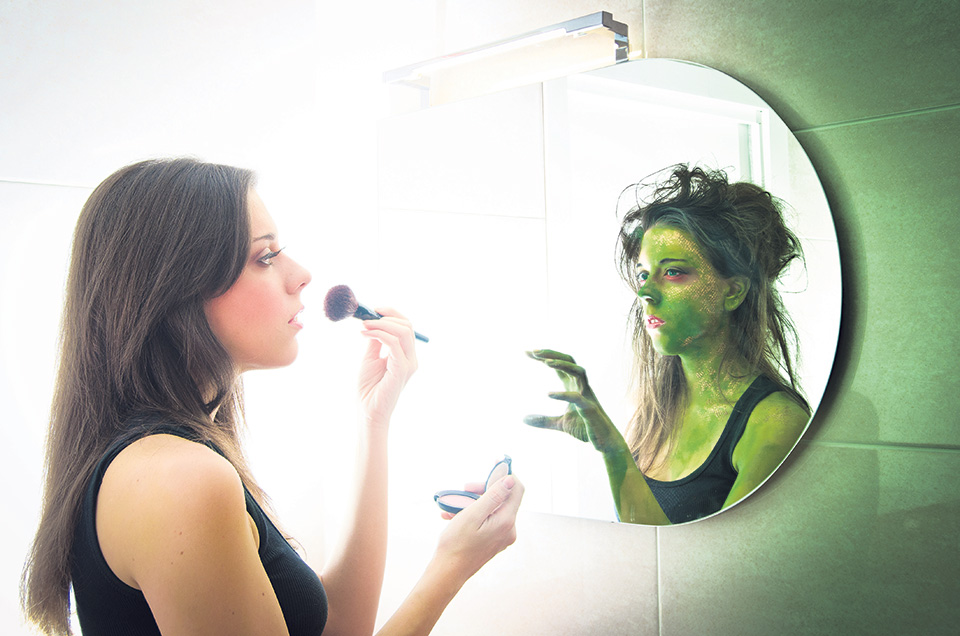 In the age of social media, nothing is private anymore. Many of us actually can’t seem to do anything without posting a photo on Facebook.

If we have boarded a flight, the details are on Facebook, our vacation photos are on Twitter and Instagram and everybody knows what we have for dinner because we constantly snapchat our food. We exist more in the virtual world than in the real world.

A friend recently went on a trip for her fifth wedding anniversary but when she came back home, she was really upset with her husband. Turned out, her husband had spent the entire vacation period on his phone, either taking photos and uploading them on Facebook or going through his friend’s Facebook feeds and commenting on everything.

This wouldn’t have been so bad had he not spent hours lamenting over the fact that they couldn’t afford a fancier vacation (they had gone to Thailand) after seeing photos of his friends holidaying in London and Egypt.

While social media has made our world seem smaller, and we are more connected than ever before, it has also fueled in us this need to show off while also making us jealous about all that we don’t have and aren’t able to do, at least not right away.

But the posed perfection of photos on social media make us tempted to compare our own lives to an ideal that perhaps doesn’t really exist. I know a colleague who went on a Europe trip and opened a Facebook account a day before taking the flight just to post pictures of her escapades. She even told us she did it to spite her cousin who went to Australia for her birthday and couldn’t stop taking about it even months after she came back. It wasn’t as if the 100 plus photos she had uploaded hadn’t done all the talking.

Another colleague confessed that she has sort of drifted apart from her best friend of 15 years because she spent her time lunching at expensive restaurants with her other ‘posh’ friends, took vacations to exotic beach destinations in the winter, and catalogued her life like it was a magazine spread.

She doesn’t recognize the person her friend has become, she says. And while that may be true because our need to validate our lives through social media is a problem that plagues many, one can also sense envy in my colleague’s tone as she tells you all this.

In his book, Status Anxiety, philosopher Alain De Botton asks why some successes bother us, while others don’t: “Given the vast inequalities we are daily confronted with, the most notable feature of envy may be that we manage not to envy everyone.

There are people whose enormous blessings leave us wholly untroubled, even as others’ negligible advantages become a source of relentless torment for us. We envy only those who we feel ourselves to be like — we envy only members of our reference group.” That’s why we can leave our school reunion nursing a ‘violent sense of misfortune.’

Plenty of research suggests that consuming photo after photo on social media can make us feel deeply resentful about other people’s lives.

Those who used Facebook longer than others agreed more with the notion that other people were happier and led better lives, and agreed less that life is fair, according to a 2012 study of 425 Facebook users by researchers at Utah Valley University. And in a 2013 German study of 600 Facebook users, it was found that more than one third of participants reported having negative feelings with their online activities.

It was concluded that access to copious positive news and the profiles of seemingly successful ‘friends’ fosters social comparison that can readily provoke envy.

This is also true for couples and partners, found another study published in Cyber Psychology and Behavior journal. According to a study from the University of Guelph, Canada, the more time you spend on Facebook, the more likely you are to feel jealous. You check your partner’s Facebook page and you see a post from someone you don’t know that says, “It was great seeing you last night” and even though it could be something very innocent, it can easily be interpreted another way.

The jealousy spurned by Facebook stalking leads you to search for more information that fuels the jealousy even more.

For some people, just a glimpse of their other-half in a slightly over-friendly photo or reading cheeky messages from friends can make them sick with jealousy.

Another study found that Facebook is making us unhappy and causing people who suffer “Facebook envy” to even be depressed. Apparently, The University of Copenhagen experiment involved 1,095 people and half were asked to continue their Facebook habits while the other half were ordered to abstain from using their social media site. Those who admitted suffering high levels of Facebook envy, the tendency to be jealous of your friends’ activities on social media, benefited most from not logging in.

The habit to mindlessly browse through Facebook seems to be affecting our well being negatively in several dimensions. While social media can be a snoopers paradise, it can quickly become hellish too if you aren’t careful about where and when to stop.

It’s good to keep tabs on your family and friends but you have to able to realize when harmless browsing starts turns into full fledged stalking that is more often than not likely to turn you into a green eyed monster.

Are we doomed to this fate unless we don’t use social media sites at all? During a recent family get together, there were a few interesting suggestions made that I’m going to try out. The one I liked the most was using social media only on alternate days that too for 15 minutes in the morning. You are only allowed to quickly browse through your newsfeed, no lingering, and definitely no deep digging.

Another one I think is completely doable is not downloading Facebook or Instagram apps on your phone but using it only on your computers. This way, you aren’t bugged by each notification that pops up on your screen at least a dozen times every hour or so.

Then it would also do us a world of good to remember that as much as we would like to think that Facebook is an accurate reflection of our lives, it’s often far from it because we are all selective of what we put on social media.

I’m definitely guilty of focusing on the good things, even glorifying it, and cropping out the bad. We tend to paint a picture on social media that makes our lives look like a more perfect version of reality. And if we are doing it, then so is everybody else. If only we could factor that in while gawking at the photos our friends put up then life would become so much easier.