Egypt angered by US aid cut over human rights concerns 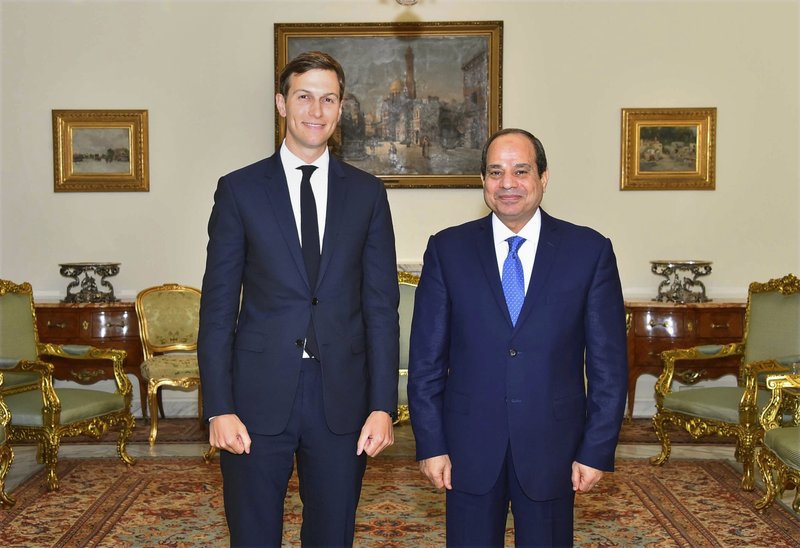 CAIRO, August 24: Egypt reacted angrily Wednesday to the Trump administration’s decision to cut or delay nearly $300 million in military and economic aid over human rights concerns, a surprise move given the increasingly close ties that have bound the two allies since President Donald Trump took office in January.

In a statement, the Egyptian Foreign Ministry said Cairo regretted the U.S. decision, calling it a “misjudgment of the nature of the strategic relations that have bound the two countries for decades.” The move, it said, “reflects a lack of careful understanding of the importance of supporting the stability and success of Egypt, as well as the size and nature of the security and economic challenges faced by the Egyptian people.”

It warned that the cuts may have “negative consequences for the realization of common U.S.-Egyptian interests.” It did not elaborate.

However, an Egyptian presidential statement on Kushner’s meeting with el-Sissi made no mention of the aid cuts and delays, which totaled $290.7 million. El-Sissi, a general-turned-president who has repeatedly stated his admiration for Trump, showed none of the frustration expressed by the Foreign Ministry as he smiled while posing for a ceremonial photo with Kushner in the Egyptian leader’s opulent Cairo palace.

El-Sissi spoke to Kushner and his delegation about “Egypt’s keenness to continue to work on strengthening the multi-faceted relations that bind the two countries in various fields,” the statement said.

Of the $290.7 million, $195 million was military aid that the State Department said U.S. Secretary of State Rex Tillerson was not able to certify that Egypt had met the human rights criteria set by Congress in order to receive it. But because Tillerson signed a so-called national interest waiver, those funds will remain available to Egypt as long as it makes human rights improvements. Had Tillerson not signed the waiver, the money would have been returned to the Treasury by Sept. 30 — the end of the current fiscal year.

The remainder — $95.7 million in economic and military assistance— was cut from the Egypt account. Most of it had been held in escrow since 2014 as a result of the new aid conditions Congress set after el-Sissi’s 2013 ouster of Mohammed Morsi, Egypt’s first freely elected president. Of that, $65.7 million was foreign military financing and $30 million so-called “economic support funds,” basically a cash payment to the government. These funds will now go instead to “key security partners, without undermining Egypt’s security,” according to the State Department.

In announcing the changes, the Trump administration cited Egypt’s poor human rights record and its crackdown on civic and other non-governmental groups.

Prominent rights lawyer Gamal Eid said U.S. demands for Egypt to improve its rights record were “legitimate” given what he said was a surge in violations.

“The government must now convince its American friends that what it’s doing in the field of human rights serves democracy and stability,” Eid said. “It’s in a bind and anything it does now will be seen as a means to secure U.S. aid.”

Egypt is among the top recipients of U.S. military and economic assistance, receiving nearly $1.5 billion annually. The $1.3 billion in military aid and $250 million in economic aid is linked to Egypt’s 1979 peace treaty with Israel, and underpins a U.S.-Egyptian security relationship that is now mostly aimed at fighting terrorism.

As defense minister, el-Sissi led the military’s 2013 ouster of Morsi, an Islamist whose year in office proved divisive. El-Sissi won a presidential election a year later, and has overseen a crackdown on civil society, particularly rights and pro-democracy groups. These groups were instrumental in the uprising that toppled autocrat Hosni Mubarak in 2011, but are presented by the media now as part of a foreign conspiracy against Egypt.

As part of the crackdown, authorities have detained tens of thousands, most of them Islamist supporters of Morsi, but a number of prominent liberal and secular activists have also been jailed. Critics say the government is trampling on the country’s 2014 constitution, possibly the most progressive in Egypt’s history.

Trump made no public mention of human rights when he warmly welcomed el-Sissi to the White House in April, an omission that many took as a sign that the issue was not a priority for the administration. But two months later, two Republican senators slammed as “draconian” a new Egyptian law that effectively bans the work of non-governmental organizations and urged its repeal.

The law, fiercely defended by Egypt, sparked an international backlash and is believed to be the main cause for Washington’s move to cut and delay aid.

“I believe the American decision was expected after Egypt adopted the NGO law,” said rights campaigner Khaled el-Balshy. “It’s an important but symbolic move, which will likely not lead to positive actions from the Egyptian government.”