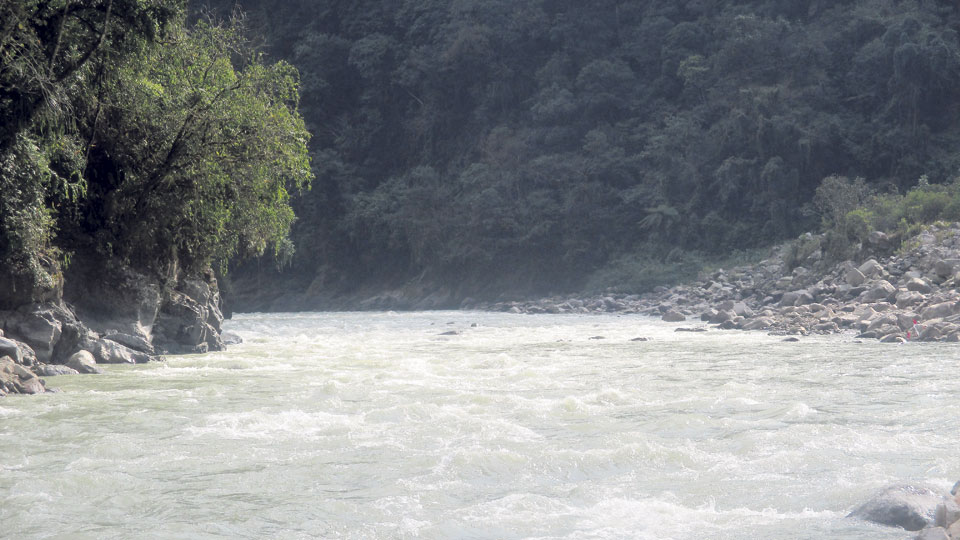 KATHMANDU, August 21: Developers of Arun III and Upper Karnali can now use local forest land by paying lease fee as stated in the Project Development Agreement (PDA), which was signed in 2014.

The cabinet meeting last week decided to allow Satluj Jal Vidyut Nigam Ltd and GMR to use forest land for the Arun III and Upper Karnali projects by paying a lease fee.

The developers will also have to plant trees to compensate for the loss of forestation in the areas, and also look after the trees for a minimum period of five years. Each of the hydropower projects will be of 900 MW capacity.

The decision has cleared the hurdles for both the projects, which will allow the Arun III project to expedite works on the project site, and allow the Upper Karnali project to look for sources of financing.

The lease fee for acquired forest is set at Rs 15,000 per hectare annually with 10 percent escalation every three years, said Madu Bhetuwal, joint secretary of Investment Board Nepal (IBN).

The decision has relieved the developers from the burden of compensating land to the government by purchasing private land in the project site.

Chandraman Dangol, joint secretary of the Ministry of Forest and Soil Conservation, said that the issue has now been settled and the government will provide land to the developers for plantation of two trees in place of each tree lost during the project works. However, the developers will have to plant 25 trees to compensate for each tree lost within the national park area.

GMR officials had been blaming the Government of Nepal for not providing forest land on time, which affected their efforts to get the project financed by September as per extended deadline.

Speaking at a workshop in Kathmandu in July, chief operating officer of GMR Energy Hervinder Manocha had openly blamed the Government of Nepal for deviating from the PDA provisions by not providing forest land on time.

“One ministry has decided to deviate from those provisions,” said Manocha, hinting that the Ministry of Forest and Soil Conservation was behind the delay in acquiring the forest land.

Though several past meetings of the IBN led by successive prime ministers and attended by the forest ministers had decided to provide land to the developers, and a guideline was endorsed by the Ministry of Forest and Soil Conservation, implementation of the decision was delayed due to resistance by officials of the forest ministry.

The last IBN meeting on August 3 had decided to hand over forest land required for the Arun III and Upper Karnali hydropower projects to the developers as per the PDA.