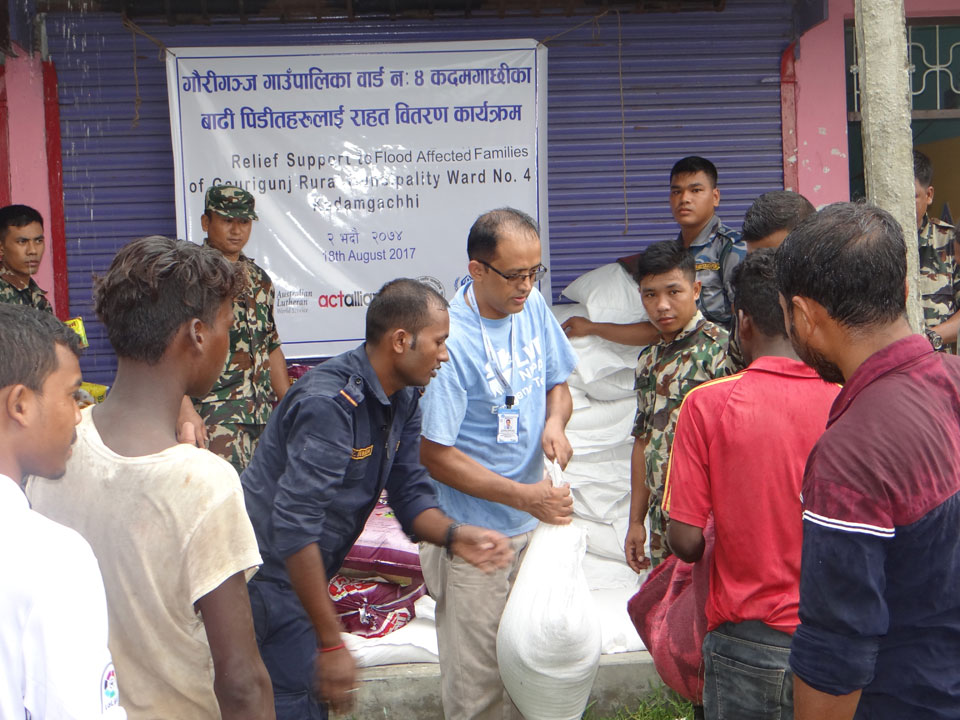 It distributed blanket, cooking pot with 5 items, glass, bowl, and plate to 57 families of Gaurigunj rural municipality and rice, pulse, iodized salt, cooking oil, beaten rice, instant noodles and blanket to 111 families of Kadamgachhi of the same municipality in Jhapa district on August 15 to 18.

"We are one of the first responders to the flood-affected families of eastern and far western parts of Nepal immediately after the floods," the release quoted Country Director of LWF Nepal Prabin Manandhar, who is also Convener of ACT Alliance Nepal Forum, as saying.

LWF Nepal provided the relief to the most-affected and vulnerable families in coordination with the District Disaster Relief Committees and the local government agencies after conducting need assessments of the affected people of those rural municipalities and municipalities.

RAJBIRAJ, Feb 4: As many as 900 flood-affected families have been provided with various relief materials at Sakarpura of Tilathi Koiladi... Read More...