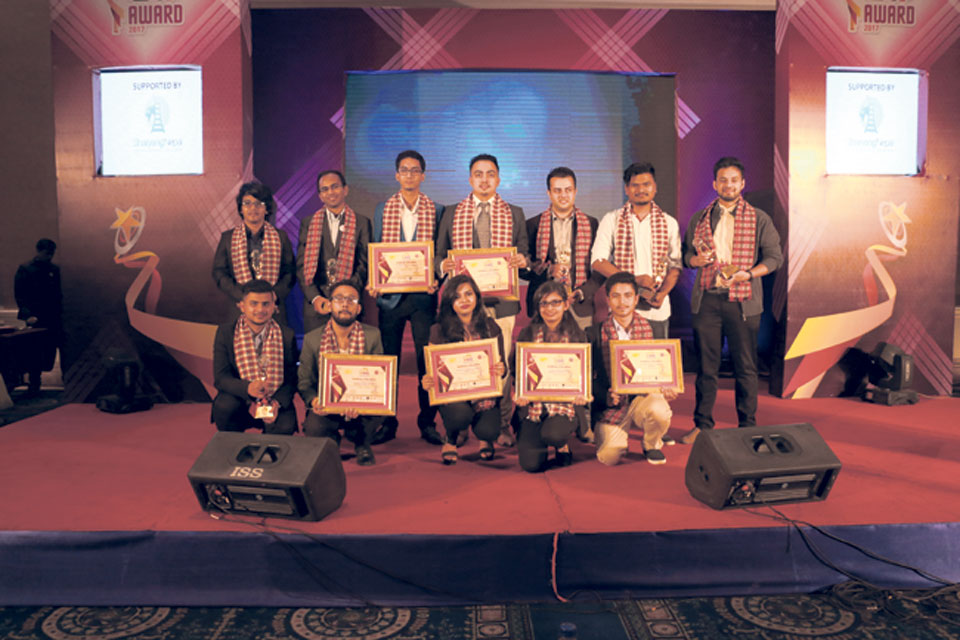 According to the organizers, 43 startups and 52 products had registered for the award. “A panel of eight jury members evaluated each of the applicants through interviews and presentations to select top five in each of the categories. The winners were decided based on the votes they received through SMS and online voting processes, which were open to the general public from August 5 to 11,” informed Shiva Basnet, publicity coordinator of the award.

Meanwhile, Suresh Kumar Regmi was felicitated with the ICT Pioneeer Award 2017 for his contribution to the development of information technology sector in Nepal. Likewise, Kiran Bhakta Joshi was awarded the ICT Diaspora Award 2017 for taking Nepal to Hollywood with his animation skills.

The program was inaugurated by Minister for Information and Communications Mohan Bahadur Basnet.

International ICT Conference to be held in mid-June

KATHMANDU, June 11: The Federation of Computer Association of Nepal (CAN) is set to organize International Information and Communication Technology (ICT)... Read More...

Cease-fire between Palestinians, Israel takes effect in Gaza
39 minutes ago