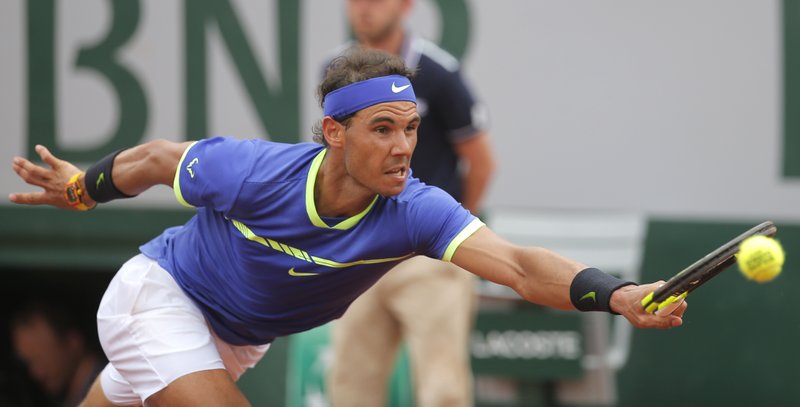 Nadal made a flurry of uncharacteristic errors in the first set but settled down in the second and ultimately cruised to a 7-6(1) 6-2 victory on a humid, gusty day at the Lindner Family Tennis Center in Cincinnati.

"It was very warm and the ball was flying a lot. It was difficult to control," a sweat-covered Nadal said during a television interview after the centre court battle.

"Probably during the night it will be slower conditions."

The match was one of several postponed on Thursday due to rain, forcing players that advanced during Friday's daytime matches to return for an encore in the evening.

Nadal dug himself out of a 0-40 hole early in the second set by reeling off five straight points including two aces, putting himself up 3-2.

The 31-year-old Spaniard, who will for the fourth time in his career be the world number one when the ATP rankings come out next week, never looked back from there.

With the win Nadal improved to 4-0 against Ramos-Vinolas and he has still never dropped a set to the 29-year-old lefty.

Earlier, the 22-year-old Kyrgios, whose match began on Thursday before it was held over due to rain, defeated hard-serving 6-foot 11-inch Ivo Karlovic of Croatia 4-6 7-6(6) 6-3.

Kyrgios, known as much for his temper as for his brilliant shot-making, threw his racquet down in disgust after losing two straight service points in the tiebreak to even it up at 6-6.

The outburst appeared to work as he won the next two points and then dominated a deflated Karlovic in the final set.

Dimitrov will play the winner of the all-American battle between 14th seed John Isner and Jared Donaldson.

Plenty of dramatics as Nadal tops Kyrgios at Wimbledon

PRAGUE, Sept 24: Roger Federer and Rafael Nadal took care of business in their singles matches before teaming up in... Read More...