PM vows for due management of flood survivors 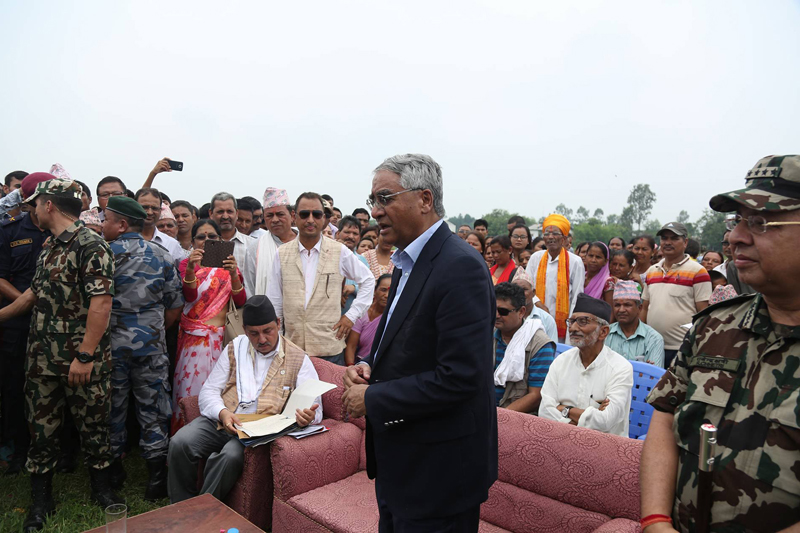 NEPALGUNJ, August 17: Prime Minister Sher Bahadur Deuba has said that all measures would be adopted for appropriate management of the flood-hit communities.

Talking to journalists in Nepalgunj Airport today on his way back to the capital city after an aerial inspection to the flood hit areas in Banke, Bardiya and Kailali districts, the Prime Minister said that the government has accorded top priority to the safe settlement and livelihood of the flood survivors.

Prior to the meet the press programme, President of Nepali Congress Banke Kiran Koirala handed over a 10-point memorandum to the Prime Minister to address the problems of the flood-affected folks.