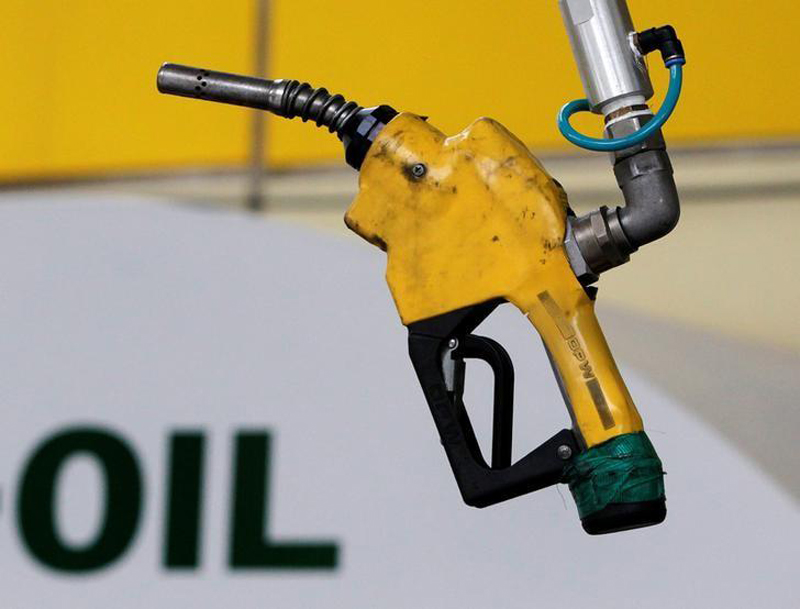 Market focus was turning to the release of official U.S. Energy Information Administration data later on Wednesday for a further update on inventories.

U.S. crude inventories fell by 9.2 million barrels in the week to Aug. 11 to 469.2 million, industry group the American Petroleum Institute said on Tuesday.

That compared with analyst expectations for a decrease of 3.1 million barrels.

"The market took this as a mildly bullish report," said William O'Loughlin of Australia's Rivkin Securities.

However, gasoline stocks climbed by 301,000 barrels, compared with analyst expectations for a 1.1 million barrel decline.

"Excessive supply ... is continuing to weigh on oil prices ... Not a lot has changed despite the OPEC and Russia efforts recently. While these producers have tried to limit their oil output, U.S. shale oil continues to rise," said Fawad Razaqzada, analyst at futures brokerage Forex.com.

The Organization of the Petroleum Exporting Countries together with non-OPEC producers like Russia has pledged to restrict output by 1.8 bpd between January this year and March 2018.

Offsetting much of that effort, however, U.S. oil production has soared by almost 12 percent since mid-2016 to 9.42 million bpd. C-OUT-T-EIA

"OPEC and Russia still face an uphill battle in reducing the global supply surplus in the face of growth in output elsewhere and less than compliant behavior in their midst (Iraq, UAE)," said French bank BNP Paribas.

On the demand side, analysts see a gradual slowdown in fuel consumption growth.

In the United States, energy consultancy Wood Mackenzie said gasoline demand was already peaking due to improving fuel efficiency and the rise of electric vehicles.

In China, state-owned China National Petroleum Corporation (CNPC) said on Wednesday that gasoline demand would likely peak around 2025 and outright oil consumption would top out around 2030.

This means that oil demand from the world's two biggest consumers may soon stall, while consumption has already peaked in Europe and Japan.

Oil prices fell in thin trade on Tuesday after the Easter holiday break shut many markets for as long as... Read More...