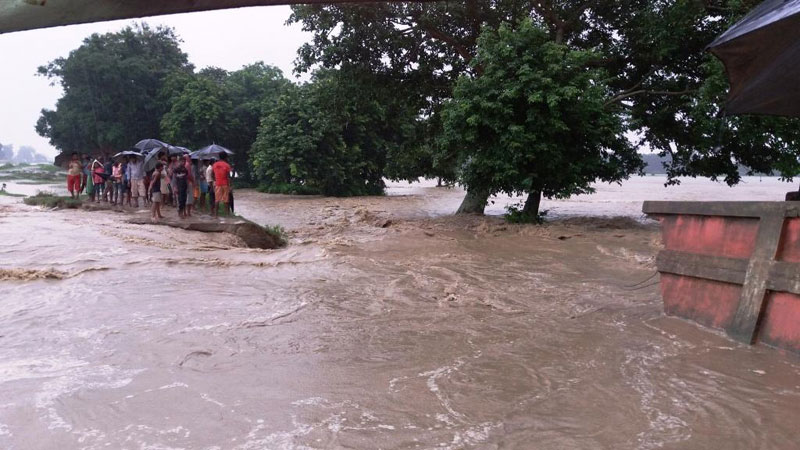 TILATHI, July 23: As many as 800 houses have been inundated in Saptari by a flood in Khado River caused by heavy rains since Friday midnight.

According to the locals, the flood in the river is the biggest in a decade. Due to the flood, the whole Sakarpura VDC is inundated, according to the Armed Police Force Border Security Post Tilathi.

High current on the Khado River has eroded Tilathi and the controversial dam and infrastructures constructed by Indians in no-man's land along Nepal-India border. According to witnesses, the river has eroded the dam about 50 meters and also has destroyed the northern and eastern wall of Kabraha. Indians have been trying to maintain the eroded wall of dam, according to Armed Police Force (APF)'s Inspector Shrestha. Indians have been constructing the dam at Khado River since years to change the natural track of the river which flows to India through no-man's land from Tilathi.

The Nepali villagers in the border have been raising voice against the infrastructures including the dam being constructed in the no-man's land by the Indians, but due to the negligence from the state the issue has not been raised with India. Due to the dam, river has been causing damage at Nepal side every year, according to Lalit Narayan Jha, a local of Tilathi.

Mahuli River inundates 60 houses As much as 60 houses are waterlogged in six wards of Bhardaha Portaha due to the flood in Mahuli River. River has eroded land at 3-4 places between Portaha-Trikaul.

Farmers are worried after thousands of acres of paddy filed are waterlogged due to the flood. Water level rises in Saptakoshi River Due to the incessant rains, the water level in different rivers of the district including Koshi has increased. Water level has risen in Saptakoshi since Saturday morning, according to the Control Unit at Koshi Barrage. 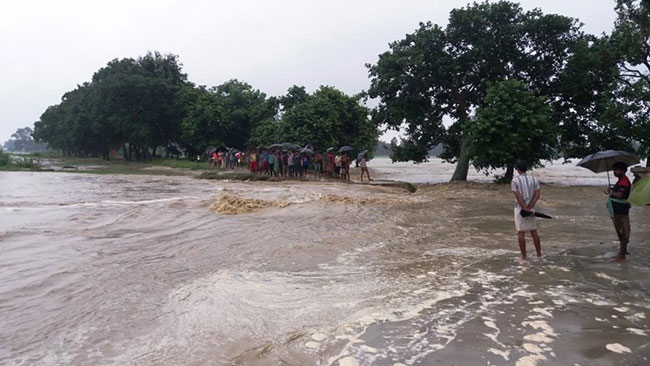 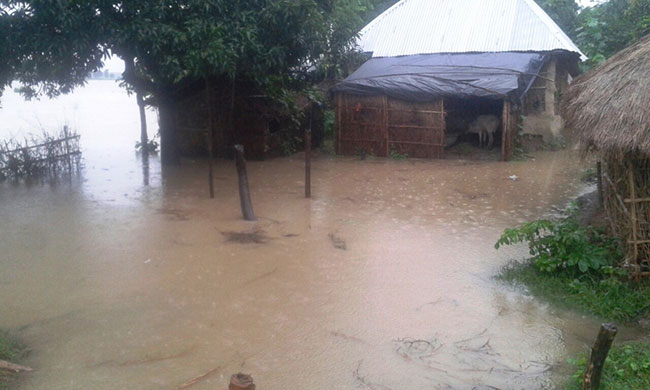 RAJBIRAJ, June 25:   The continuing monsoon has wreaked havoc on the southern part of Saptari district, inundating over 125 houses... Read More...

Some 2,000 houses inundated in Saptari

RAJBIRAJ, July 24: Floodwaters from various rivers in Saptari triggered by torrential rains on Friday and Saturday have inundated around... Read More...