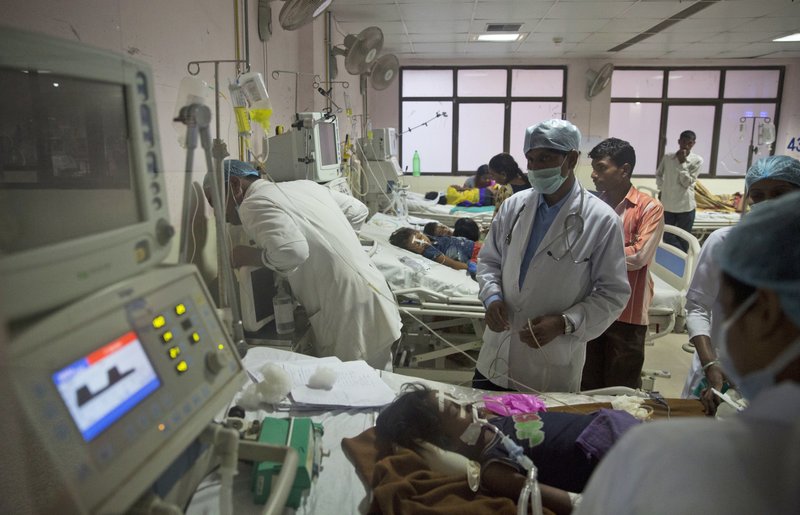 CHARLOTTESVILLE, August 12: A car plowed into a crowd of people peacefully protesting a white nationalist rally Saturday in a Virginia college town, killing one person, hurting more than a dozen others and ratcheting up tension in a day full of violent confrontations.

Shortly after, a Virginia State Police helicopter that officials said was assisting with the rally crashed outside Charlottesville, killing the pilot and a trooper.

LUCKNOW, India (AP) — Parents of at least 35 children who have died in a state-run hospital in northern India over the past three days have alleged that the fatalities were due to the lack of a sufficient oxygen supply in the children’s ward.

LUCKNOW, August 12: Parents of at least 35 children who have died in a state-run hospital in northern India over the... Read More...

NEPALGUNJ, Feb 1: Two Nepalis died and three others were injured when a jeep heading to Lucknow of India met... Read More...