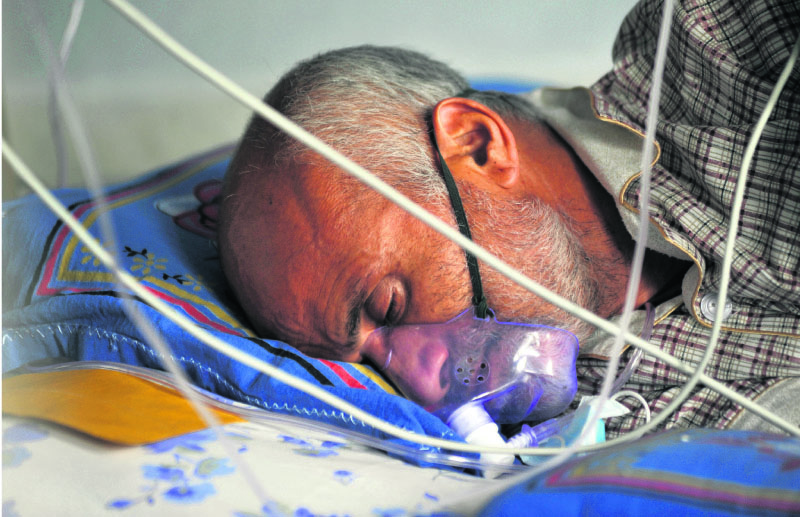 KATHMANDU, Aug 11: Although Prime Minister Sher Bahadur Deuba directed that the problems regarding  Dr Govinda KC’s demands be resolved, the talks teams could not reach an agreement even on the 19th day of Dr KC’s  hunger strike.

Dr KC’s prime concern since the beginning has been to bring in a Medical Education Act in the interest of the country and the people. But the government authorities have not been serious about resolving the problems in the medical sector.

A high-level meeting held  Friday at the Prime Minister’s Residence, Baluwatar decided to pass the  Medical Education bill through  a short-cut in response to KC’s demands. However, it’s still uncertain the bill will be endorsed by parliament.

Talks  with Dr KC’s team got disrupted after the government team floated the idea of responding to the demands without sticking to the conclusions reached at Baluwatar in the morning, said Dr Abhisekh Singh, a member of  Dr KC’s team. “The government talks team did not come up with concrete steps to address the demands for the slashing of fees, taking action against TU officials and passing the bill as per the agreement reached at the PM’s residence,” he added.

Dr KC, professor and senior orthopedic surgeon at the Institute of Medicine (IOM), began his 11th fast-unto-death from July 24; demanding that the government bring in the Medical Education Act, slash the fees for postgraduate studies in medicine from Rs 3.1 million to 2.2 million, appoint four assistant deans  and the campus chief at IOM immediately, and probe  the irregularities of TU officials and take action against them.

TU has already appointed the campus chief and assistant deans for a certain period of time. But the major demands including the Medical Education Act are yet to be addressed despite the series of talks  held in the last two weeks.

Dr YP Singh, Dr Ranjan Sapkota and Dr Abhisekh Singh were involved in the talks on behalf of Dr KC with the government panel headed by Shanta Bahadur Shrestha, secretary at the Ministry of Education.

Repeated attempted to contact Secretary Shreshtha on the phone were unsuccessful.
Dr KC’s previous fast-unto-death began  on November 13  and ended following a 12-point agreement with the government on December 4. However, his demands were not satisfactorily addressed subsequently.

Dr Divya Singh, who is involved in the treatment of Dr KC, said the latter’s condition has been deteriorating critically in the last couple of days. “In fact, his condition is now much too serious,” Dr Singh said. “Anything can happen any time if the hunger strike is not ended,” she added.

According to Dr Singh, Dr KC’s WBC count level and saturation are lower than  normal, his pulse  is fluctuating,  the urine output is decreasing, muscles are cramping, and he is suffering from chest pain and getting weaker. Dr KC is being provided continuous oxygen and emergency services, said Dr Singh.

Meanwhile, the National Human Rights Commission has urged the government to save Dr KC’s life through amicable solution to the demands presented by him.