Why do relationships end? Here’s the answer 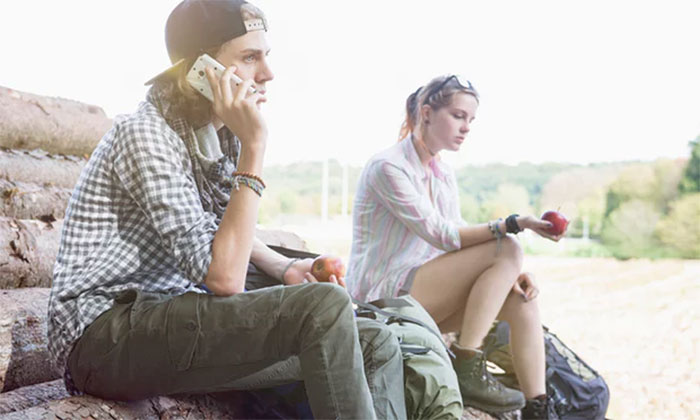 Lingchi, or death by a thousand cuts, may have been outlawed in China by 1905, but the practice is still very much alive and well in the kitchens, bathrooms and Homebase car parks of disintegrating couples. We may have swapped knives for shopping receipts, blades for damp washing, swords for unwashed cups, but the principle is just the same: death by a series of injuries too small in themselves to kill.

A wise man (with at least one divorce under his belt) once told me that nobody breaks up over adultery, but over the way you talk at dinner. Twenty years and two long-term relationships later, I am starting to agree with him. That your partner doesn’t drink tea; that they sulked at your great-uncle’s birthday party; that you don’t like the way they cut onions; that they hang up the phone without saying goodbye; that you found yourself thinking about the electricity bill while you were having sex; that they read their phone when you’re eating; that you hate their jeans; that they bought square plates for your flat; that you can’t agree what to watch on television; that they say nothing after burping; that you say nothing after farting – these are why relationships end. They deepen like a coastal shelf until you can no longer stand; they build up like the layers of silt at the bottom of a lake until, suddenly, all the water has run out and you are left with nothing. Just two unhappy people, standing up to their waist in mud.

Of course people do, sometimes, break up over big things. According to the Office for National Statistics, data from 2012 (the latest year published) showed thatone in seven divorces in the UK were granted as a result of adultery. That’s a fair few. Although it still, to my scab-picking mind, leaves six out of seven divorces unaccounted for. That’s a majority of divorces in a state of sexless destruction. What’s happening there? Less than 1% of divorces were granted because of desertion. And while 44% of female murder victims (compared with 6% of male victims) were killed by partners or ex-partners, violent death is still quite a small factor in why relationships end, despite what our dreams may suggest.

Perhaps it would be more interesting to say that the small, daily incivilities – the apologies unspoken, the kisses that go unkissed, the meals that pass in silence, the money that is wasted – lay the groundwork for the big things to erupt. Infidelity happens, perhaps, when one partner or the other is looking to plug a hole – not just a physical one but an emotional one, a personal one, a psychological one laid bare by months and years of ugly lampshades, boring weekends and lukewarm pasta bakes. Separation is perhaps the inevitable endpoint of eating at different times, sleeping on the sofa because you got home late, choosing to go on holiday with someone else, watching different things on your phones instead of going to the cinema and making plans in which the other is not included. “Unreasonable behavior” as the courts call it, is perhaps the grandchild of its forebears; laziness, disinterest, resentment, boredom and taking one another for granted.

Then there is the matter of basic incompatibility. Growing up with two parents involved in literally a 19-year break-up, I could see even from a young age that the volcanic arguments, occasional violence and public displays of aggression were not just the result of seething, growing, building resentment over little things, but the simple fact that the relationship had been a bad idea from the start.

Ending a relationship is sometimes not just healthy, timely, sensible and brave – it could be genuinely lifesaving

We may drift apart, argue and despair over snoring, drinking, socks left in the hallway, always being the one to go to the supermarket, turning down the heating, turning up the heating and turning off the heating altogether, but sometimes what we’re really doing is standing in front of another person and realizing with a cold, blank, deep and lurching horror that we were wrong. We made a bad call. We both took the wrong choice. Under these circumstances ending a relationship isn’t just healthy, timely, sensible and brave – it could become genuinely life-saving.

Like the rest of the world, I stood back in goggle-eyed wonder and watched Anthony Scaramucci burn through more break-ups in 10 days than some of us manage in 10 years. Professional, personal and public – all gone in a blink, like a strike-anywhere match. But those sort of big-ticket endings are compulsive, precisely because they’re rare. For most of us, in most scenarios, relationships end through a slow, dispiriting process of attrition. Like rocks, grinding unhappily against each other on the shore, we wear each other down and weaken at the seams until we are left with nothing but a smooth, hard, pebble of an ending.

That’s not a failure, it’s just an ending. The secret – far easier said than done, of course – is to realize that it’s over, accept that it’s over and, finally, allow it to be over. Good luck with that.

WASHINGTON, Dec 29:  For welcoming the New Year, you will have to wait a little longer than usual as timekeepers will... Read More...

MUMBAI, Sept 20: Bollywood actress Sunny Leone is against the release of the upcoming documentary on her life, “Mostly Sunny”... Read More...