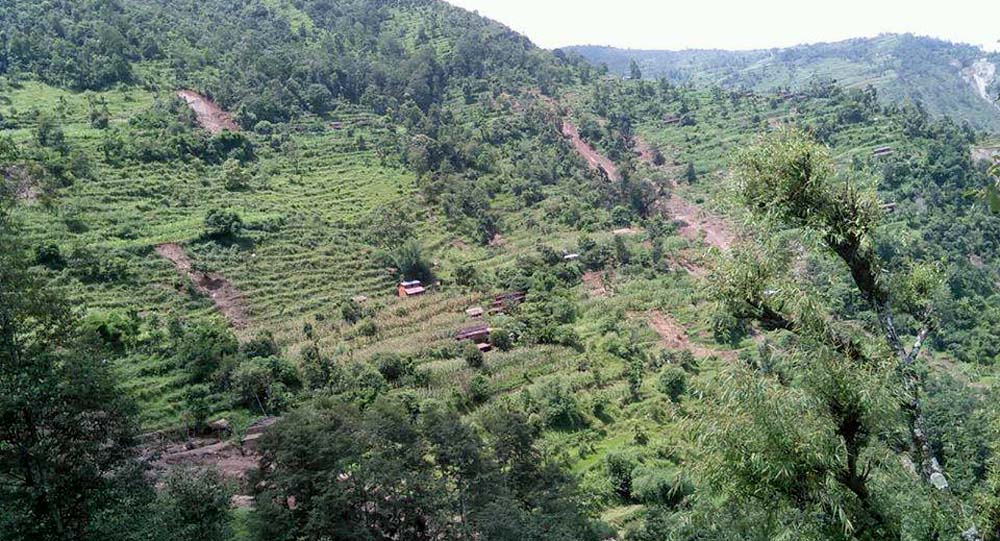 BAGLUNG, August 8: The landslides occurred in Nishikhola rural municipality-1 and 2 have put the entire village at the risk of being displaced. The locals of Huldi have taken shelter in the houses of their kin while some have moved to a hillock nearby after the landslides posed risk to the village.

Scores of people have moved to a hign land to save their lives by drinking only water available in a pond there.

“The entire village is likely to be displaced by landslides, said chairman of Nishikhola rural municipality Indra Malla. The land was prone to landslide and it got further worsened after the roads were constructed in the village. Landslides have occurred in over 100 places in the rural municipality.

Similarly, Rasananda Primary School has been closed down due to landslides since Sunday.

District Administration Office, Baglung has provided Rs 100,000 each to the families of those who lost their lives in the landslides.

TANAHUN, May 16: Nepali Congress (NC) candidate Bimala Thapa has been elected as deputy chief of the rural municipality. ... Read More...