Neymar says he followed his heart, not the record money, to PSG 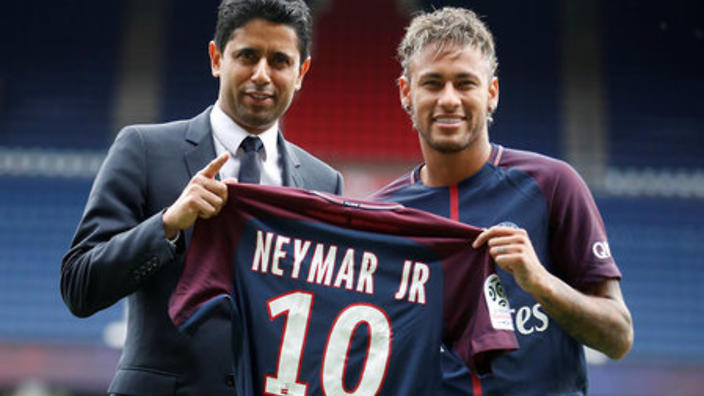 PARIS, August 4: Money was never the motivating factor for Neymar's record 222 million-euro (200 million pounds) transfer from Barcelona, the world's most expensive footballer said on his arrival at Paris St Germain on Friday.

Before taking to the pitch at the Parc des Princes stadium to show off his skills and new PSG shirt, the Brazilian forward told reporters he had moved to France was because he "wanted a bigger challenge".

"My heart made this decision and I followed my heart," said the player who will reportedly be paid 45 million euros ($53 million) a year.

"Money was never my motivation ... I want to be happy, and I want my family to be happy. I’m really sad to hear that people think this way.

"If it was just about money, I could have gone somewhere else," he said.

The jaw-dropping deal is the first time that a world record transfer fee has been doubled in one swoop. The previous record was midfielder Paul Pogba's move last year from Juventus to Manchester United for 105 million euros.

Sports business experts say the transfer - which could lead to a series of big-money deals across Europe - makes little business sense for PSG and may have more to do with its Qatari owners' desire to exert "soft power" at a time when the wealthy Gulf Arab state is being isolated by its neighbours.

Club president Nasser Al-Khelaifi, who introduced the player as "an idol for the whole world", said the value of the club had risen by half a billion dollars since Neymar's signing.

He was not concerned about possibly falling foul of UEFA's Financial Fair Play regulations, which limit the amount a club can spend in excess of their income, saying: "We are working very transparently with UEFA."

As well as his undeniable assets on the field, Neymar proved an instant hit at PSG's stadium shop which sold out of shirts with Neymar's number 10 on the back, at a price of between 100 and 150 euros each.

"Being the most expensive player in the world is not a burden," Neymar said. "I weigh 69 kg. I don’t have a burden on me."