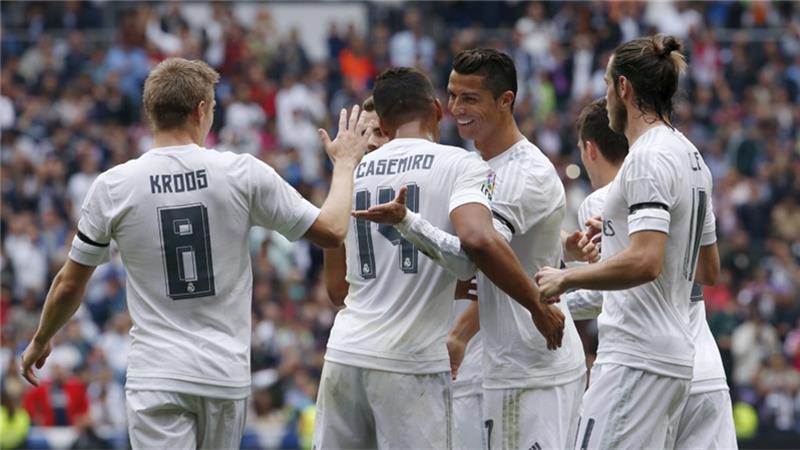 NYON, August 4: Six Real Madrid players have made UEFA's shortlist for the best footballers in each positional category who played in the Champions League last season, the sport's European governing body said on Friday.

Spanish champions Real, who won Europe's elite club competition for the second year in a row, were awarded half the total slots on the shortlist.

Cristiano Ronaldo, who was the tournament's top scorer last season, was named among the three best forwards of the 2016-17 campaign alongside his Barcelona rival Lionel Messi and Juventus's Argentina international striker Paulo Dybala.

The best midfielder is sure to be from Real with their trio of Casemiro, Toni Kroos and Luka Modric the only names shortlisted for the position.

Real full-back Marcelo and centre-back Sergio Ramos have been named in the best defender category alongside Juventus's Leonardo Bonucci, who has since moved to AC Milan.

The goalkeeper is the only category where Real do not have a single contender, with Juventus stopper Gianluigi Buffon, Bayern Munich's Manuel Neuer and Atletico Madrid's Jan Oblak in contention.

The nominees were selected by a jury of 32 coaches from last year's Champions League participants and 55 journalists chosen by the European Sports Media (ESM) group.