Investment Board to sign PIA with Hongshi Shivam Cement 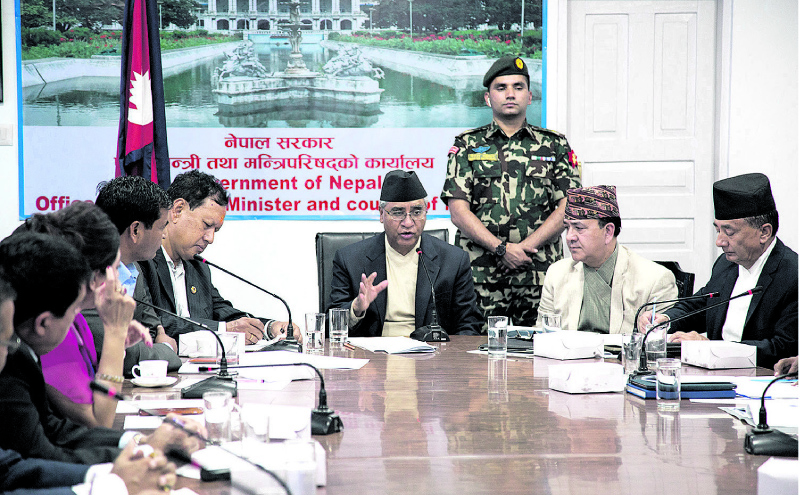 KATHMANDU, Aug 3: The government has decided to sign a special agreement with Hongshi Shivam Cement Pvt Ltd by charting out assurance of investment security, services and facilities the government promises to provide to an investor.

The agreement, called Project Investment Agreement (PIA), is the first of its kind in the country for private sector investments. It is similar to the Project Development Agreement (PDA) in the public-private partnership modality.

Investment Board Nepal will sign an agreement with the company by September 4, according to a press statement issued by the board following its meeting on Wednesday that was chaired by Prime Minister Sher Bahadur Deuba.

The board had approved investment worth Rs 36 billion from China’s Hongshi Holding Group in partnership with Shivam Cement Pvt Ltd in July 2015. The board authorities said that they will soon make public the guiding principles of PIA.

Likewise, the board also decided to hand over forestland required for Arun III and Upper Karnali hydropower projects to the developers as per the PDA. The board said it would soon initiate the process of land transfers.

This is, however, not the first time the board has decided to start the process of land transfer.  The Ministry of Forest and Soil Conservation has dilly-dallied on providing the land to the developers, telling them to provide for compensation lands and carry out tree plantation there.

But the developers have said that finding such lands and planting trees there was not practicable. They want to settle only by paying the lease fees to the government. Similar decisions were made by the Investment Board in the past but the ministry was determined to keep the area of the forestland intact.

The board has also directed the ministry to incorporate suggestions received from the board’s meetings with stakeholders on the recent Forest Clearance Guidelines 2017 issued by the ministry.

GMR, the developer of Upper Karnali hydropower project, has complained that its scheduled financial closing has been delayed due to delays on receiving forestland for the project site.

Meanwhile, the meeting also formed a high-level study team led by a member (agriculture sector) of the National Planning Commission to advise the government on providing viability gap funding for establishing chemical fertilizer plant in the PPP model. The team has been given three months to conduct the study.
The board also decided to award a contract of waste management of Dharan sub metropolis to Venture Waste Energy Pvt Ltd for a period of 20 years under the PPP model.

Similar contract award of the waste management of Kathmandu district is being finalized. The board says deliberations with the newly-elected mayors of the district are underway to finalize the contract award.

At the meeting, Prime Minister Deuba highlighted importance of foreign investment and asked the board officials to ensure prompt functioning by eliminating red-tape and reforming the policies and executive processes.

Govt urged to set up provincial investment board

MAKAWANPUR, April 23: Stakeholders have urged the government to set up provincial investment board to prioritize the development of the provinces... Read More...