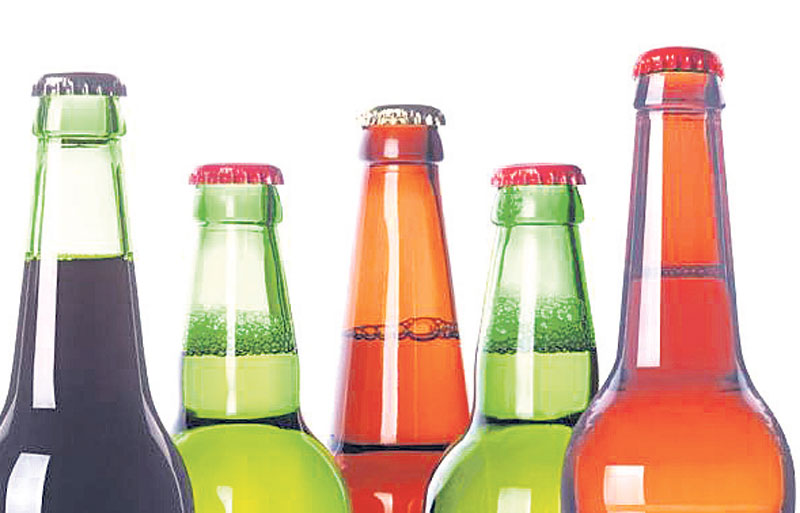 KATHMANDU, July 29: Beer producers will be required to put excise duty stickers on beer bottles from now on, according to a recent amendment in the Excise Duty Rules 2002. Currently, they put the stickers on the cartons only.

Inland Revenue Department (IRD) will soon publish a notice to all beer producers asking them to implement the new arrangement about excise duty. They will, however, be given some time to prepare for this. Producers will have to put the sticker on the bottle caps at the time of manufacturing.

Deputy director general of the department, Chandra Kala Paudel, said that the new arrangement is for ensuring excise duty compliance on all beer bottles. It is also aimed at controlling possible attempt of tax evasion, she said.

"This will eliminate chances of a single bottle coming out of the cartoon knowingly or unknowingly," said Paudel: "It will control revenue leakage."

The beer producers will have to put stickers during manufacturing, Paudel added.
The department will provide them the excise duty stickers. The rate of excise duty for a liter of beer is Rs 115.

There are half a dozen beer producers in the country producing different brands. However, the beer market is dominated by multinational brands like Carlsberg, Tuborg, San Miguel, and Heineken.

Likewise, all liquor producers except beer, wine and cider have to wrap the excise duty stickers with plastic-made shrink cap to protect the sticker, according to the 17th amendment to the Excise Duty Rules published on Nepal Gazette on Wednesday. The rules will only come into effect from Mid-January.

Paudel informed that the shrink cap has two purposes-- protecting excise duty sticker from any damage and prevent reuse of such stickers because tearing of the shrink cap while opening the bottle damages the sticker.