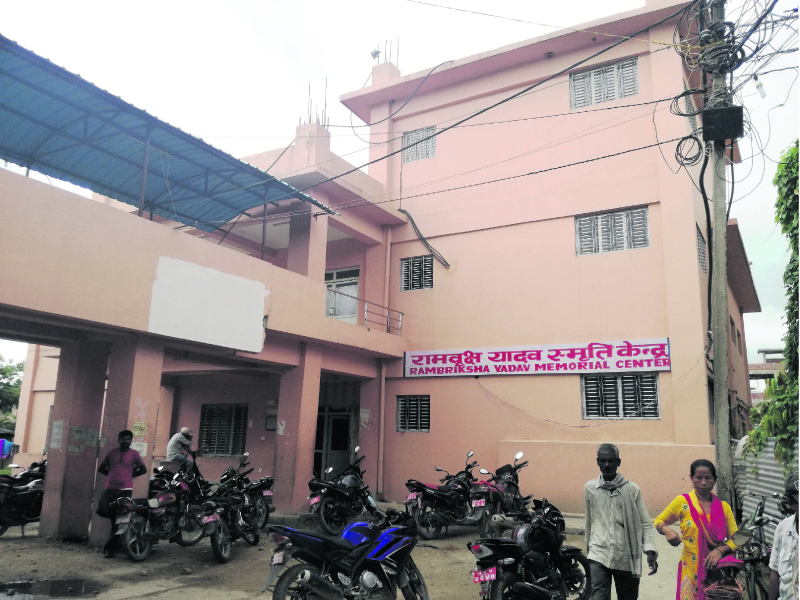 JANAKPUR, July 25:A major hospital in Janakpur, where patients from surrounding eight tarai districts come for treatment is running without specialists and adequate human and infrastructural resources. Hospital administration claims that the hospital has not been allocated adequate quotas of doctor and that even the availed quotas are not fulfilled.

“The quota for specialists is not proportionate to the number of patients that visit the hospital. It’s too low. And on top of it, even those quotas are also vacant,” said Dr Balaram Mishra, president of the Janakpur Zonal Hospital Development Committee.

There is only one specialist in the hospital currently, though there is quota for 10 specialist consultants. Except for Dr Ramparikshyan Yadav who is working in the capacity of Chief Medical Superintendent, specialist’s post for gynecologist, pediatrician, general physician, general surgeon, anesthesiologist, radiologist, orthopedic surgeon and nursing administrators have been vacant for years. There are several other vacant posts in the lower ranks.

According to the Hospital In-charge, Deepak Thakur, lack of specialists has marred the hospital’s services. “As the hospital does not have specialists, its ability to serve has been severely marred. Though we have quotas for specialists, they have been vacant since a long time.”

Apart from the doctors, Thakur said that the hospital has been struggling with the lack of nurses as well as head nurses. In lack of nurse administrators, things have been messy, he stated. “All the three positions of nursing administrators are vacant. Because of it the hospital has been struggling with keeping the nursing stations up and running,” he said.

The hospital is supposed to be operated by 138 doctors, nurses and other officials. However, at the moment 73 of these positions are not manned, Thakur informed Republica adding that most of the vacant posts are of senior doctors and officials.

Apart from human resource crunch, the hospital is equally coping with infrastructure and resource crunch. As a zonal hospital it is supposed to have 500 beds but it has been operating with only 200 beds.

During his tenure as the Minister of Health and Population, Rajendra Mahato had signed an agreement with the hospital to upgrade its capacity to 500 beds. “The hospital has been forced to avail services to patients with its limited human and infrastructure resources. Apart from the doctors, we still have only 200 beds. The agreement signed with the government during Mahato’s tenure as the health minister is yet to materialize,” Thakur said.

Even though there are only 200 beds in the hospital right now, around 100 temporary beds have been added. These additional 100 beds are mediocre. Dr Mishra hesitates to call them bed but does state that 300 patients do sleep in the hospital daily. “We can’t say we have 300 beds. We have only 200 beds. But somehow, due to pressure of patients, around 100 temporary beds are in use, which are placed differently,” he said.

The 100 beds were added by the hospital’s governing committee. If the committee stops managing resources for these beds, things would be in disarray, he said.  “No matter how much they express love for this hospital in their speeches, ministers or leaders are actually never concerned about developing it,” he said.

Lack of required human resources has shifted the workload on existing ones. “The workload for the doctors and other staffs is overwhelming. But they have been working to the best of their capacities to deliver treatment to patients that visit this hospital from far flung areas,” Dr Mishra said.

Dr Dhirendra Sah echoed the same thing. He even went further and claimed that some private health facilities around have been trying to defame the hospital for their personal gain. “We do have difficulties here, but we are giving better services than them. The nursing home mafias want to defame this hospital so that they can exploit the poor people,” he said while not providing any details of these accusations.

ROLPA, Feb 28: Local level election after nearly two decades had filled Rolpa residents with great zeal as it did to... Read More...

DHANUSHA, July 20: A 13-year-old boy died today in the course of treatment for fever at Janakpur Zonal Hospital and... Read More...