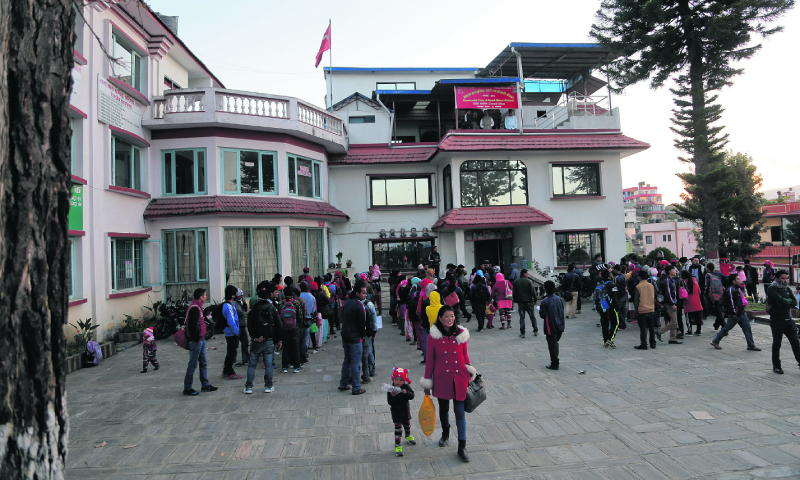 KATHMANDU, July 22: Two years after the promulgation of the new constitution, the ruling CPN (Maoist Center) has decided to lobby for a directly elected executive president in the country.

Stating that the prime ministerial system where the prime minister is elected by parliament has resulted in political instability in the country, the third largest political party in the House has decided to make the system with a directly elected executive head as a major political agenda of the party.

“We had compromised on our agenda of directly elected executive system to ease the constitution promulgation. But now we have realized that the system has resulted in political instability in the country,” Maoist Center's senior leader Lekhraj Bhatta told Republica.

According to sources in the party, senior Maoist Center leaders including Narayan Kaji Shrestha, Krishna Bahadur Mahara, Top Bahadur Rayamajhi and Mani Thapa demanded to reinstate the agenda of directly elected executive presidential system during the meeting of the party which concluded on Saturday.

The Maoist leaders were of the view that none of the prime ministers after the 1950s served their full terms in office due to the flaws in the governance system. The leaders suggested to the party leadership to adopt the directly elected executive system for both stability and development of the country.

KATHMANDU, May 15: Nepali Congress parliamentary party executive committee has been unanimously elected after the same number of the aspirants... Read More...

On lockdown
22 hours ago

INFOGRAPHICS: Nepalis affected by COVID-19 throughout the world
10 hours ago

COVID-19 tests being conducted from 10 different places: MoHP
13 hours ago

Nationwide lockdown likely to be extended by another week, until midnight April 14
18 hours ago