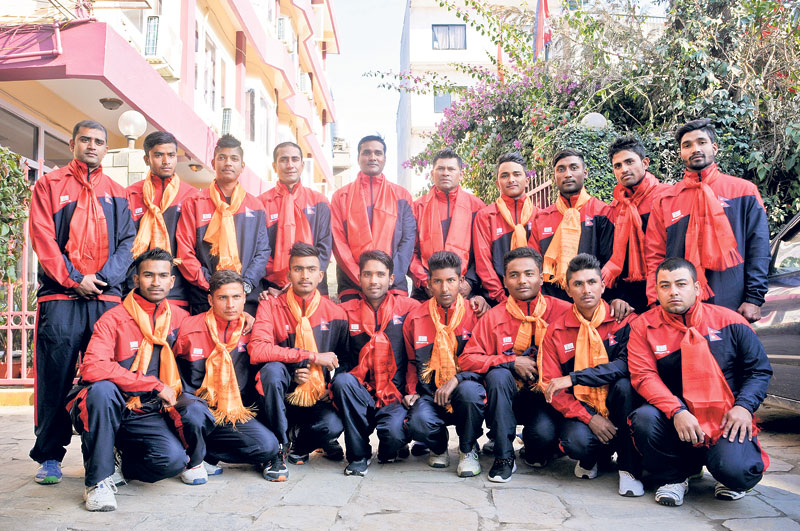 In the match played at Singapore Cricket Club on Wednesday, Nepali U-19 team was all out for just 49 runs while chasing the target of 191. Nepali team was all out in 26 overs. Afghanistan bowler Naveen-ul-Haq claimed four wickets, including the hat-trick in the ninth over of the innings, to rattle the Nepali innings. Likewise, Muzeeb Zadran put up another impressive bowling for Afghanistan. Zadran bowled 9 overs gave away only 7 runs and took four wickets while bowling 5 maiden overs. Yousuf Zazai and Zahir Khan claimed a wicket each.

Among Nepali batsmen, four o them got out without scoring a run. Pawan Sarraf tried to anchor Nepali innings with 26 runs off 52 balls but the wicket kept on falling from the other end. No other batsman reached the double-digit score.

Afghanistan put up the total of 190-runs losing all the wickets in 49.4 overs. Ibrahim Zadran scored 43 runs off 41 balls for the Afghan U-19 while Naveed Obaid (33 runs) and Tariq Stanikzai (27 runs) were other significant contributors for the Afghanistan team.

Nepal lose to UAE by 5 runs

KATHMANDU, Nov 23: Nepal have been defeated by the United Arab Emirates (UAE) by five runs in the match played... Read More...