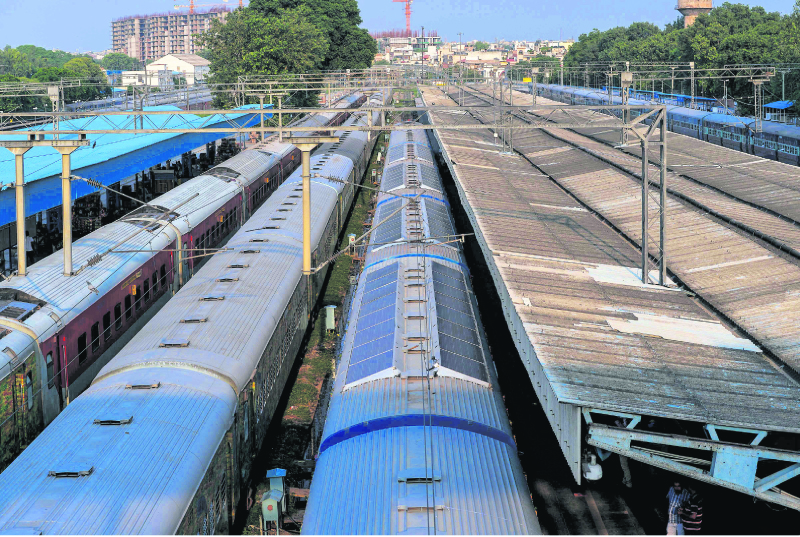 BAGLUNG, July 19: A family here has been earning more than Rs 500,000 every year from nursery business.

All members of the Thapa family are involved in Dhaulagiri Thapa Nursery Farm. Apart from nursery, the family also has fruit orchard. “This place is suitable for fruit cultivation. When we were young, my father used to grow oranges. Now, I have taken up farming as a business,” he added.

Thapa has been growing and selling saplings of fruit trees like orange, litchi, lemon, papaya, pomegranate and grapes, as well as Sichuan pepper locally known as timur. Every year, he sells 40,000 to 50,000 saplings of different varieties of fruits. These saplings are priced between are Rs 25 and Rs 50 per unit depending on the species.
Even the District Agriculture Office (DAO), Baglung, is buying saplings from Thapa's nursery to distribute them among farmers.

According to Thapa, it takes at least 18 months to prepare saplings in the nursery. He further added that he needs to invest Rs 25,000 to Rs 35,000 for seeds and other inputs for the nursery. “It will give return of around Rs 500,000,” he added.

He has been getting orders for saplings from as far as Mustang, Myagdi, Parbat, Kaski, Rukum, Rolpa and even Kathmandu.

“We have been saving good amount of money by working at our house,” Thapa's wife Suku Kumari told Republica. “We are satisfied with what we are doing,” she added.
The family also sells oranges worth Rs 50,000 to Rs 60,000 annually. “Income from litchi and kiwi is also satisfactory,” she added.

His son, who used to study in Kathmandu, has also returned to the farm to help his parents. “Now, both the son and daughter in-law are assisting us in the farm,” she added.
Encouraged by the success of his father, Bishnu Thapa, 24, is planning to expand the nursery further.