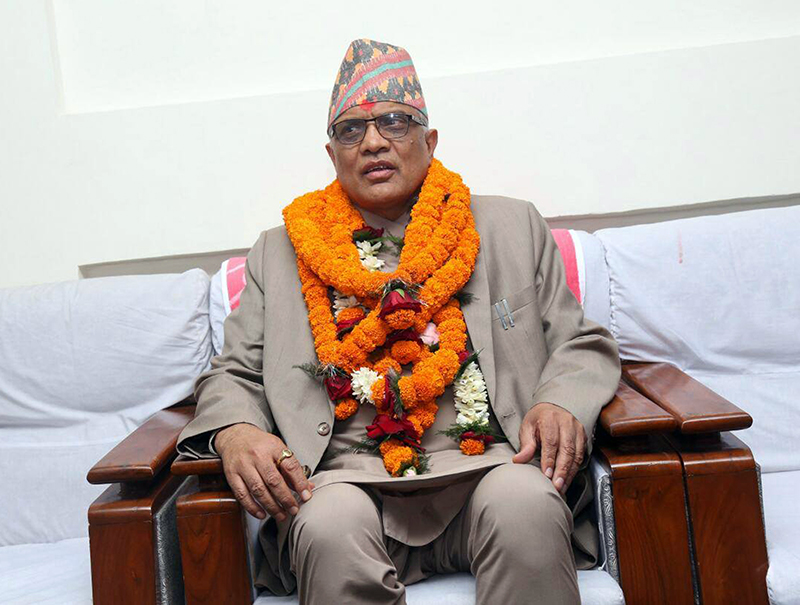 While assuming office at the Supreme Court following the swearing in ceremony of his oath and secrecy by President Bhandari, the new CJ he was all committed to make the justice delivery prompt and low-cost even by making staff to do overtime.

The serving of notice through an online system, possibility of free service for helpless and reform in judiciary are among his plans as the new CJ, he said on the occasion.
He added that he had prepared a 39-point action plan relating to the judicial reform. The SC would remain in touch with the Nepal Bar Association in this regard, he said, pledging to fulfill his official duty by remaining with the jurisdictions fixed by the constitution.

He said there was widespread public complaint that justice delivery was so slow and he personally believed that slow service was like of no service.

The Parliamentary Special Hearing Committee, Legislature-Parliament on Sunday unanimously proposed the name of Parajuli as the new CJ. He will remain in the post until April, 2018.

Born on 28th April, 1953 at Kahun Shivapur of Tanahu has joined the judicial service at the temporary judge in the then Appellate court in 1990. RSS