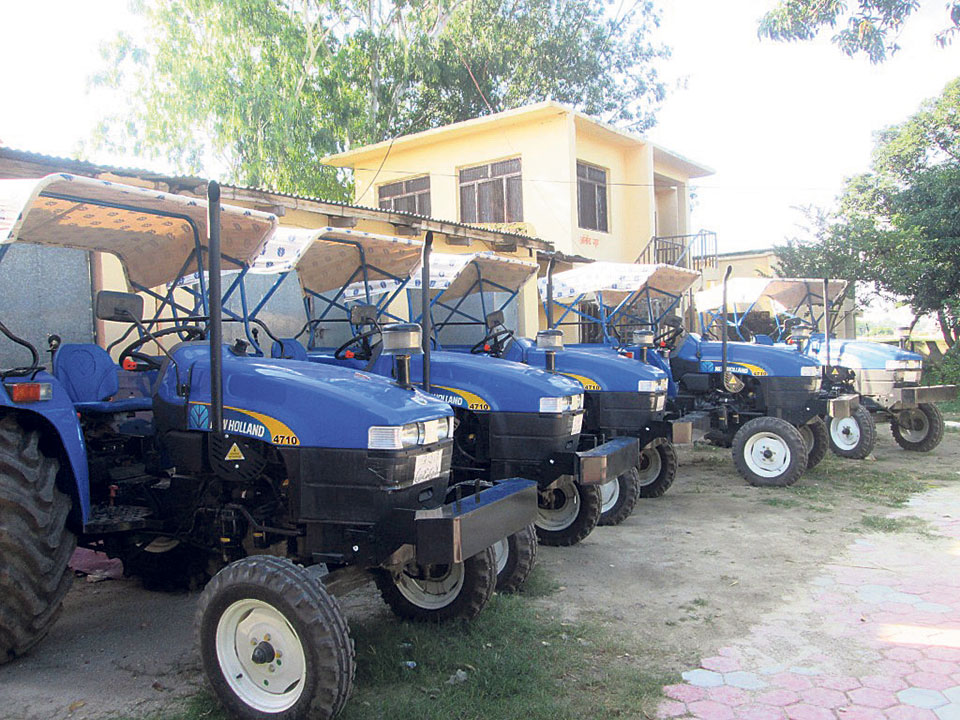 BARA, July 15: District Agriculture Development Office (DADO), Bara is about to distribute five tractors and four pick-up vans, purchased with 50 to 85 percent subsidy, to the farmers to aid them in land tilling and supplying their products to the market.

He said the tractors and pick-ups were purchased with the budget under Prime Minister Agriculture Modernization Project.

"The tractors and pick-up vans are expected to help the farmers in plowing the fields and timely supplying their agricultural produce in the market. "There are at least 100 hectares of fertile land in a block and almost 300 farmers associated with each block,"stated DADO.

Shah said that the tractors and pick-up vans are purchased for Rs 4.3 million and Rs 8 million respectively.

According to Shah, farmers who receive tractors with subsidy of 85 percent will have to pay Rs 120,000. Similarly, they will have to pay Rs 300,000 for pick-up vans after 85 percent of subsidy. Prime Minister Agriculture Modernization Project has allocated Rs 33.4 million for agricultural machinery and technology for farmers.

Farmers in Parbat to get transportation subsidy

PARBAT, Oct 8: Mahashila Rural Municipality of Parbat district has decided to distribute subsidies to the farmers to carry their agriculture... Read More...