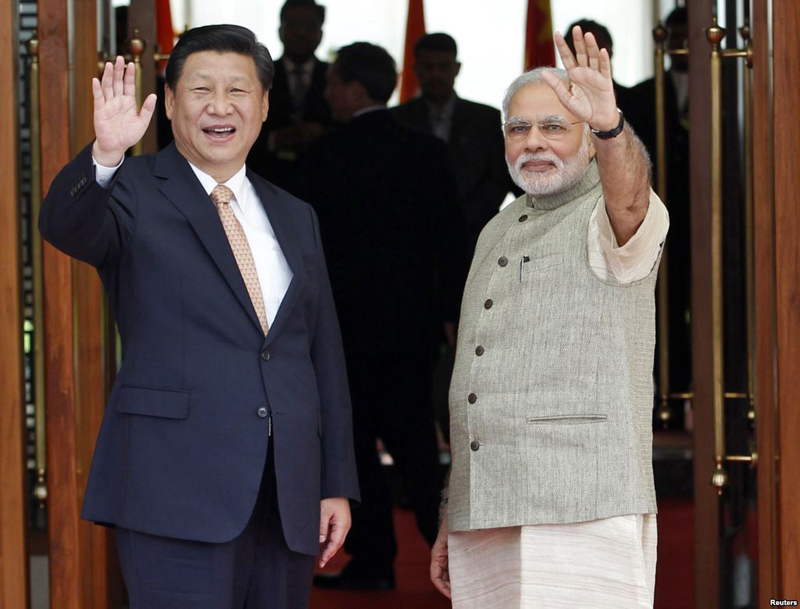 It is about time we started viewing ourselves as a truly independent country and stopped promoting our neighbors’ interests by isolating ourselves internationally.

Many people criticized the un-prime ministerly ways of Sher Bahadur Debua in a recent television talk show, Sajha Sawal. But very few, if anyone, focused on something very important our visibly irritated prime minster said towards the end of the program. When the host asked him about the need to visit New Delhi immediately after assuming office, Deuba answered—and he answered honestly—that he was not going anywhere else as no other country had invited him and he couldn’t visit them uninvited.

Of course, one can argue that it’s only just over a month in office for Deuba, and soon other countries will also invite him. But we know it is not happening. The hard reality is that post-2006 foreign policy of Nepal is all about placating our neighbors and we have come to willingly view ourselves as nothing but their extensions. We don’t feel comfortable inviting the Japanese prime minister, despite the fact that Japan is one of our biggest donors, perhaps because we fear it will anger China. Likewise, our leaders don’t visit and invite leaders from Pakistan, even though we have no problems with it, for the fear of upsetting India.

For more than a decade now, we have focused so much on our neighbors that we have forgotten to seriously even consider, let alone invite, leaders from other countries. And as such, Nepali leaders too aren’t getting any official invitations from abroad besides our two neighbors. If our leaders put even half the effort they are currently putting into making Chinese president Xi Jinping visit Nepal, we would probably get just about any head of state or head of government to visit us. But we are so fixated on our neighbors that we seem to have forgotten that there are many other countries in the world and they are reacting in kind. We get aid but no VVIP visitors and when our leaders go abroad, they seldom get to meet the head of state or head of government; in many cases they don’t even get to meet the foreign minister of the country they are visiting.

Yes, we are losing friends. And we are hell-bent on losing all because we believe our two neighbors will fill the void. That is one of the reasons why we seldom get to read analytical pieces on strengthening our ties with our old friends such as the US, the UK, Israel, Japan, Russia, France, England, Egypt, Thailand and Myanmar, and other south Asian countries, or with our friends in Central Asia, the Balkans, and Africa. We haven’t even made a serious effort to celebrate the diamond, golden or silver jubilee of our bilateral relations with many countries, except paying lip service.

While our powerful neighbors are quite important for our survival, territorial integrity and development, others are not dispensable either. In fact, for a small, poor and weak country sandwiched between the two Asian giants, it is even more important to reach out to rest of the world. No country is safe from its neighbors, and in our case, we have super heavyweight neighbors. Of course, this is not to say that they have evil designs on us, but when it comes to survival, we can never be sure of their future policies based on their ambitions, needs and threat perceptions. Therefore, to make sure that any act by our neighbors that seriously undermines our sovereignty and territorial integrity does not go unnoticed and unopposed internationally, we need to not only strengthen our relations with the world but also make serious effort to make new friends, something which the late King Mahendra understood perfectly well more than half a century ago. But since our leaders and pseudo scholars take pride in criticizing and discarding all things Mahendrian, sadly, we have done away with his astute approach to foreign policy as well.

But if our present-day leaders are serious about our image abroad and most importantly our continuing survival as we know the country, the situation can be reversed and we can rekindle our foreign friendships. And it’s not that difficult either.

First, let us make our ambassadors work. One of the major responsibilities of the ambassadors is to facilitate high level visits by coordinating with foreign ministries of host countries. The government should first have a clear policy on how many foreign visitors it wants to have in a year from each geographic region. For example, we can have a visitor each from five geographic regions—Asia, Europe, the Middle East, Africa and the Americas. Then we choose a country from each region and make serious effort to make the visits a reality. But for this to happen, we have to make our ambassadors stationed abroad make serious effort to facilitate high level visits through both official and unofficial channels.

Our foreign ministry too needs to work with the ambassadors of the countries that we want to have VVIP visitors from and work out the details. This way, we can ensure good publicity in at least five countries a year. We are poor and we and the world knows it well, but we are not that poor and we can easily host five foreign leaders a year. Similarly, our envoys abroad as well as our foreign ministry, should be working to facilitate foreign visits of our president and prime minister, again through official and unofficial channels.
It is about time we started viewing ourselves as an independent country and stopped promoting our neighbors’ interests by willingly isolating ourselves internationally. Therefore, Mr Prime Minister, look beyond India and China and put our ambassadors and foreign ministry officials to work—which, in any case, is precisely what they should be doing unprompted.

Infographics: Tallest mountains in the world