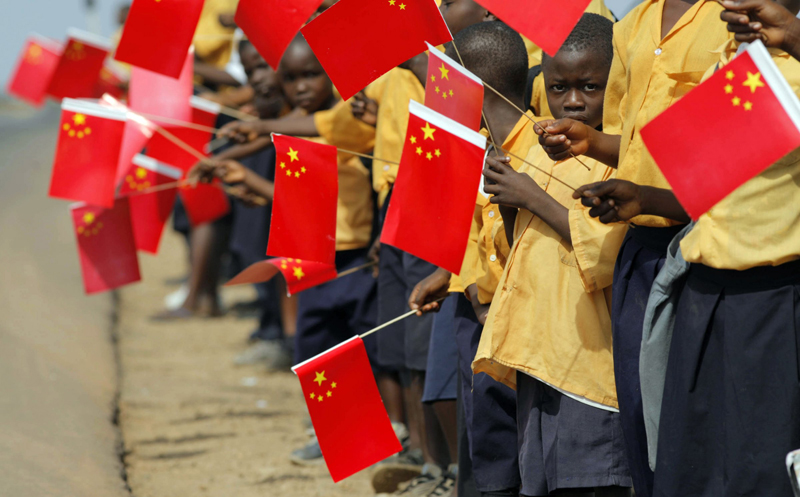 The writer is a freelance journalist with interest in public policies
news@myrepublica.com

The gung-ho excitement over BRI needs to be tempered with Nepal’s own realist ability to propose win-win projects under it.

Since joining the Belt and Road Initiatives (BRI) in May this year, the government of Nepal is looking to cash in the promise of Chinese investment in the infrastructure sector. Beijing hasn’t disappointed and has already signed first BRI project for Nepal—while asking Kathmandu to put forward more concrete proposals for consideration.
But does Nepal have the capacity to absorb the kind of cash injection that Beijing is promising? During the two-day Nepal Investment Summit in March this year, Chinese companies pledged to invest US $8.3 billion. The LOIs (letter of intents) signed during the summit offered some insight into potential areas of investment from the North. But the question is: Can Nepal offer required rate of return on Chinese investment without compromising its own national interest? Surely Beijing isn’t offering free cash handouts.

The first BRI project that China and Nepal signed was telling in many ways. It was not road, railway or hydro project, but a US $3 billion industrial park in Damak, Jhapa, not far from Indian and the Bangladeshi borders. Now many link it to former Prime Minister KP Sharma Oli—who signed the historic trade and transit accord with Beijing in 2016—during the height of Indian blockade on Nepal. Damak happens to be electoral constituency of Oli. They argue that the agreement is some kind of reward for Oli for daring to sign the accord in the first place. While that may be true, it also happens to serve a key objective: Beijing’s push for an economic corridor through Tibet and Nepal, to eventually link with India and Bangladesh.

Trade with Nepal alone doesn’t make much economic sense for China. It is more interested in what lies south of the border—two big markets: India with 1.2 billion and Bangladesh with over 100 million people. As India remains wary of BRI, Nepal is the only country that can provide Beijing overland access to these two markets.

With BRI, Beijing is trying to kill multiple birds with one stone. On one hand it is trying to leverage its industrial over-capacity by relocating them in friendly countries; on the other hand, it is creating an interdependent trading routes and networks that would in the long run address Beijing’s multiple insecurities, including energy supply and trading routes, by spreading out the risks and rewards among the participating countries. In short, BRI is China’s foreign, energy, defense, trade and economic policy rolled into a single narrative of shared prosperity.

Not surprisingly Beijing is putting unprecedented political, diplomatic and financial muscle behind the initiative.  Since President Xi Jinping took over the reins, first Vice Premier of the State Council Zhang Gaoli has been tasked with coordinating BRI-related policy developments and innovation. A whole of hosts of sovereign funds and domestic financial instruments have been assigned to finance these projects, beside the multilateral AIIB. These include US $40 billion Silk Road Fund, Exim bank and other public enterprises.
It is important to understand how Beijing operates and the thinking behind the BRI. Sure, there is element of goodwill and China would fund certain projects even if there is no prospect of good return. But most of its cash injection is premised on the promise of good return.

Take, for example, Chinese public entities such as China Three Gorges Corporation or the China Railway 19th Bureau Group Co. Ltd, which are among key Chinese actors helping to realize the One-Belt-One-Road vision. Despite being state-owned enterprises, they have a very strong business model and operate very much like American multinational corporations. They are required to make profit and expand their portfolio abroad and in doing so they are also expected to fund Beijing’s priorities. That’s the reason why the China Three Gorges Corporation is dragging its feet on the 750 MW West Seti Hydro Project in Nepal. In the absence of an agreement to export power to India, the transmission line to evacuate the power to Kathmandu or other major Nepali urban centers would cost way too much.

Therefore the gung-ho excitement over BRI funding needs to be tempered with Nepal’s own ability to propose win-win projects—factoring in Beijing’s interest and Kathmandu’s capacity to justify it. This is no free lunch and Beijing would extract its pound of flesh.
Beijing’s long-term interest in expanding connectivity in Nepal is to use it to access Indian and Bangladeshi markets overland. It feels that even without India’s active participation in BRI or even the trilateral partnership between China, Nepal and India, New Delhi will be part of the scheme by default. New Delhi has its own designs for increasing connectivity with its SAARC neighbors minus Pakistan. In Nepal’s case, its Peace and Friendship Treaty with India allows for preferential trade agreements and free trade agreements with the rest of South Asia, either under the banner of BBIN or even BIMSTEC. Of course, the treaty also offers unique opportunities to access the big Indian markets.

In the last week of June, the Government of Nepal decided to form three separate panels led by foreign, finance and other secretaries from thematic ministries to work with the Chinese side on BRI projects. The formation of government panel comes after a visiting delegation from Beijing led by Assistant Minister for Foreign Affairs Kong Xuanyou flagged lack of implementation capacity in Nepal as a major concern.

While this is a step in the right direction, it is inadequate if Nepal is to fully benefit from the BRI without unnecessarily ruffling feathers in the South. In fact government of Nepal should go a step further and form its own think tank to recommend policy options on BRI. China’s extensive engagement with Africa provides rich body of literature to leverage Nepal-China partnership for maximum benefit.

Often headlines in the western media portray China as the new colonial power in Africa that is engaged in massive exploitation of natural resources in the continent—repeating the cycle of abuse that European powers started. But other western researchers have a different view. A research commissioned by Norfund, a Norwegian investment fund for developing countries in 2011, offers a very nuanced picture of Chinese engagement in Africa. In fact, the research report concludes that China’s model of development assistance is much more effective and that western donors should learn from it.
Certainly there is a lot Nepal needs to learn about China if we are to lift our boat in the rising Chinese tide.

The writer is a freelance journalist with interest in public policies