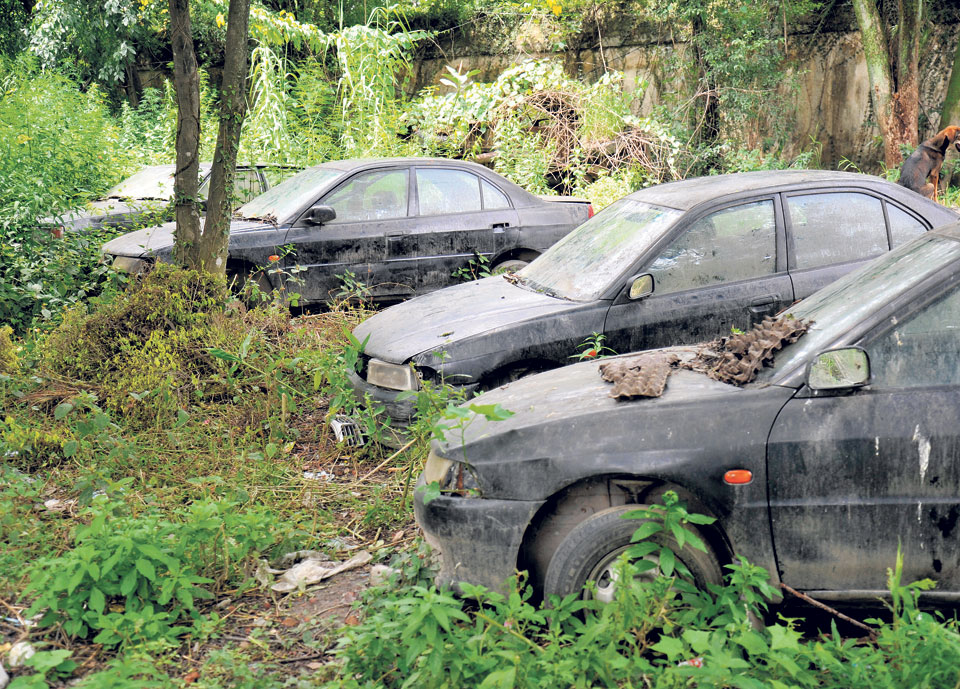 While around two dozen vehicles parked at various ministries are reported to be in operable state, dozens more luxury vehicles abandoned long ago including Mercedes can be used if repaired.

The revelation comes at a time when the government is considering a proposal from Office of the President to purchase new presidential fleet. In an official letter sent to the Ministry of Defense (DoF) last week, the president's office had requested to arrange additional Rs 120 million on top of Rs 40 million previously pledged by the government for the cars. If the government agrees to provide the budget, the motorcade is likely to be costlier than the presidential fleet of any other country having security sensitivity higher than Nepal.

Republica discovered that around five dozens vehicles are in unused state in various government bodies including the Ministry of Foreign Affairs, Prime Minister's Office and the garage of Narayanhiti Palace and Army headquarters.

In fact, there is no shortage of vehicles at the president's office. Sources said there are eight luxury cars at the moment at President Bhandari's disposal, all of them said to be in functional state. The president alternately uses Mercedes Benz E-Class W210 Bullet Proof Car and an armoured stretched Jaguar XJ.

Unlike at the president's office, at least ten luxury cars gifted by Qatar and South Korea parked at the Ministry of Foreign Affairs are gathering dust. Qatar had gifted eight Mercedes-Benz E-Class and one Mercedes-Benz jeep in May last year upon the request of the government of Nepal.

Similarly, more than two dozen cars have long been dumped on premises of Narayanhiti Palace.  The fleet includes six armoured cars purchased during former king Gyanendra Shah's regime. In June 2004, the government had purchased nine bullet-proof cars spending a total of Rs 280 million. Only three of those cars are currently in use.

Officials at the Ministry of Finance said that a similar number of expensive cars dumped at various corners of Singha Durbar, the country's administrative center, can also be used after maintenance.   More than 100 cars, some of which were used by high-profile figures including former prime minister Surya Bahadur Thapa and Baburam Bhattarai have long been abandoned.

“Many of those cars can still be used after small repair or maintenance. But everybody wants brand new car. Our ministry is willing to provide budget for maintenance of unused cars. But nobody appears willing to use them,” said a MoF official.

RAUTAHAT, May 2: Property worth millions of rupees was destroyed after a fire broke out at Everest Distillery Industry in Durga... Read More...

JAJARKOT, Jan 23: The local villagers of Majkot – 6 have been deprived of irrigation facility after someone stole the... Read More...

DADELDHURA, Dec 11: Property worth tens of millions of rupees was destroyed by fire at Gaibandhe bazaar of Parashuram Municipality... Read More...