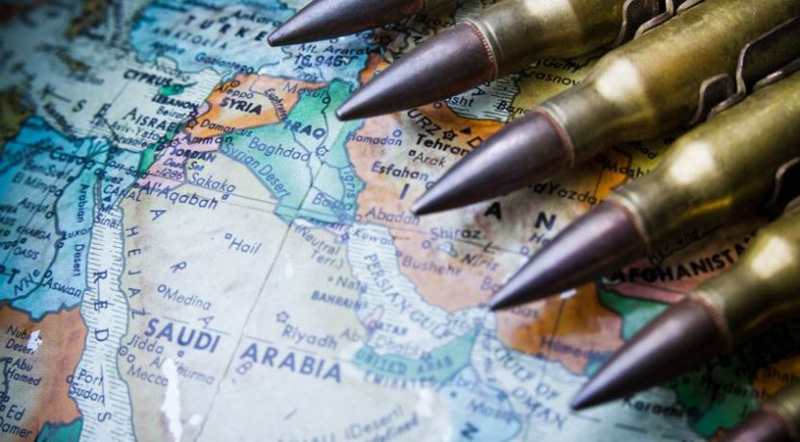 Qatar isn’t Saudi Arabia’s problem. Saudis are rather using external enemies to divert attention from domestic problems
With the battles of Mosul and Raqqa dislodging the Islamic State (ISIS) from its strongholds in Syria and Iraq, and the Syrian civil war becoming a war of attrition, the Middle East’s most acute conflicts are evolving fast. But that doesn’t mean they will soon be resolved.

ISIS’s self-proclaimed caliphate was never a state that could be driven to unconditional surrender, meaning that the battles of Mosul and Raqqa were never going to be decisive, even if they did eliminate ISIS sanctuaries. As ISIS’s spread into Libya and Egypt’s Sinai Peninsula underscores, there are plenty of loosely controlled areas available to be penetrated.

For now, ISIS has shifted its strategy to planning and inspiring terrorist attacks in the Middle East, Europe, and even Southeast Asia. Its next step could be to destabilize Arab regimes from within—a strategy that cannot be countered by the international coalitions now closing in on Raqqa.

This is all the more true, given those coalitions’ incoherence and fragility. US President Donald Trump has based his entire Middle East strategy on Saudi Arabia’s fears not just of ISIS, but also of Iran. The region’s Sunni powers, emboldened by Trump’s approach, have now closed ranks against both ISIS and Iran, even though they themselves are often mortal enemies.

Iran, for its part, recognizes that territories liberated from ISIS control are unlikely to be returned to their former sovereigns. It has thus been strengthening its grip in southern Syria along the border with Jordan, as part of a broader effort to build a Shia-controlled crescent stretching from Iran through Iraq (already practically an Iranian trusteeship) to Syria and Lebanon.

But Israel, a tacit member of the US-sponsored Sunni alliance, will not sit idly by and watch such a crescent take shape. Indeed, Israel has made it clear that an Iranian presence along the Golan Heights border would increase the risk of war.

The US, too, is doing its part to block Shia powers from achieving territorial contiguity from the Gulf to the Mediterranean, including by launching airstrikes in the border region shared by Iraq, Jordan, and Syria. American forces have also shot down a Syrian warplane and two Iranian armed drones operated by Hezbollah.

Iran is not the only country attempting to redraw borders to its own benefit. Turkish President Recep Tayyip Erdoğan is on record explicitly supporting ISIS’s challenge to the 100-year-old Sykes-Picot order, created by the British and French after the fall of the Ottoman Empire.

The Kurds—key US allies in the fight against ISIS—also want changes to the Middle Eastern map, though certainly not in the same way as Turkey. They want their own state, and to some extent, they even expect it, given their contributions to defeating ISIS.

Masoud Barzani, the president of Iraq’s Kurdistan autonomous region, has already announced that an independence referendum for Iraqi Kurds will be held in September.

For Turkey, preventing that outcome is a higher priority than defeating ISIS or taking down President Bashar al-Assad’s regime. Erdoğan worries that, if the Iraqi Kurds gain independence, they could inspire Turkey’s own Kurdish rebels, the Kurdistan Workers’ Party (PKK), to revive their decades-old fight for independence. The respect that the PKK-affiliated Syrian Kurdish militias have earned on the battlefield, Turkey fears, could also legitimize the group internationally; hence Turkey’s attempts to suppress it.

Given these concerns, Turkish forces already deployed in northern Syria are likely to remain there even after the fall of Raqqa, to serve as a buffer between the Kurds there and those in Turkey. But, while Turkey’s concerns about Kurdish resistance are not unfounded, the chances of actual Kurdish statehood remain slim, because such a state would be wedged between four countries—Iran, Iraq, Turkey, and Syria—that bitterly oppose it.

Russia is another key actor in today’s Middle East, though the Kremlin seems to have little interest in meddling in the Sunni-Iranian showdown (much less intervening in the Turkey-PKK relationship). The Kremlin does, at the moment, share Iran’s goal of ensuring the survival of Syrian President Bashar al-Assad’s regime. But, as soon as the situation is stabilized, the tacit alliance will surely dissolve into a bitter competition for political control of Syria.

In this complex context, there is little patience for added uncertainty. That is why Saudi Arabia—along with Bahrain, Egypt, and the United Arab Emirates—recently cut diplomatic ties and trade links with Qatar, which they accuse of destabilizing the region by supporting both Iranian proxies and the Sunni militants of al-Qaeda and ISIS. From the perspective of Saudi Arabia and its partners, it is time for Qatar to choose where it stands with regard to both Iran and the Islamists.

For now, however, Qatar is getting by with a little help from its remaining friends. Both Iran and Turkey stand ready to fill the trade void left by the Saudi coalition. Turkey has also deployed troops to its military base in Qatar.

In any case, Qatar isn’t Saudi Arabia’s real problem. Nor is Iran, for that matter. Using external enemies to divert attention from unresolved domestic problems is a tactic straight out of the autocrat’s handbook. To turn a feudal kingdom into a modern nation-state, Saudi Arabia needs to address its internal weaknesses; it does not need more combative alliances and colossal arms deals like the one its leaders signed with Trump on his recent trip to Riyadh.

Egypt, too, needs to focus on easing severe domestic social and political strain. Only then can it assert control over the Sinai Peninsula, from which terrorist groups, including ISIS, are operating.

America’s Sunni allies are drawn to Trump, partly because he has little interest in the kinds of democratic reforms that his predecessor Barack Obama used to push. But if they continue on their current path, they may end up facing sociopolitical explosions at home—and deepening conflicts abroad.

The author is a former Israeli foreign minister

On his first trip as U.S defense secretary to parts of the Middle East and Africa, Jim Mattis will focus... Read More...