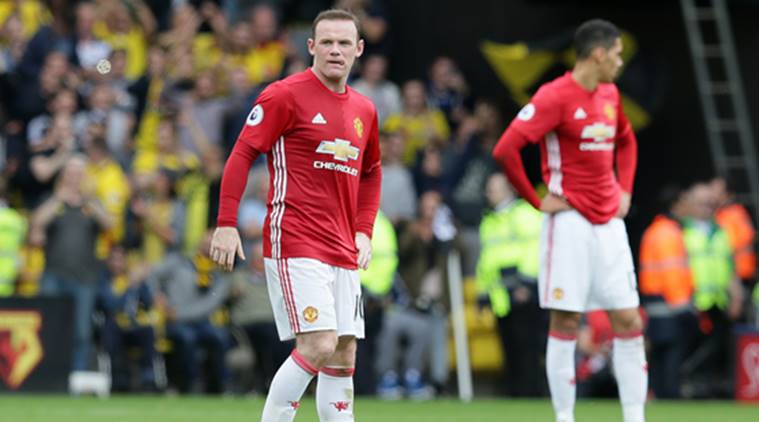 "Everton can confirm that Wayne Rooney has rejoined the club from Manchester United on a two-year deal for an undisclosed fee," said a statement on Everton's website (www.evertonfc.com).

Rooney, who has moved on a free transfer, spoke of his excitement at returning to his boyhood club.

"(Winning trophies with Everton) would be the pinnacle," he said. "I really feel now the club is moving in the right direction, bringing the right calibre of players in. I want to be part of it and hopefully part of a successful Everton team.

Rooney scored the winner for Everton against Arsenal in the Premier League while only 16 but moved to United two years later for a fee reported to be 25 million pounds ($32.23 million).

Scoring a hat trick for United on his debut against Fenerbahce, Rooney went on to play more than 550 games, scoring 253 goals to become their all-time leading scorer.

Rooney's England debut came under Sven-Goran Eriksson, aged 17, and he became the country's top scorer with 53 goals and the most capped outfield player with 119 appearances.

At United he won the Champions League, five Premier League titles and the FA Cup and was Footballer of the Year in 2010.

But last season he was no longer an automatic selection under manager Jose Mourinho and also lost his place in the England squad.

"He loves Everton and he was desperate to come back," said the Dutchman. "He is still only 31 and I don't have any doubts about his qualities. It’s fantastic he’s here."

With a fee agreed between Everton and United for Belgium striker Romelu Lukaku to move in the opposite direction, the way was clear for Rooney to leave Old Trafford after 13 years.

When he appeared at the Everton training ground on Saturday for a medical supporters soon arrived to welcome back a player who first joined the club aged nine.

Rooney is reported to be taking a large pay cut to return to Everton, who have been recruiting heavily under Koeman and financial backer Farhad Moshiri, a British-Iranian businessman, after finishing seventh in the league last season.

Measures to continue paragliding business in Pokhara will be explored: Minister Shrestha
19 hours ago
KUSOM Job and Internship Fair 2022 to be held on August 22-23
6 hours ago