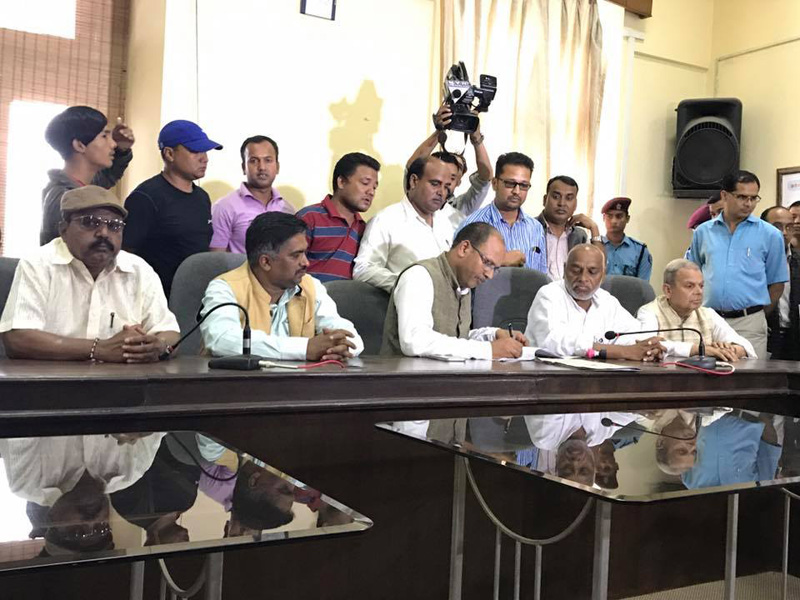 KATHMANDU, July 7: Rastriya Janata Party Nepal (RJPN), which boycotted the local level elections so far, approached the Election Commission (EC) on Friday, seeking to get registered with the election body to participate in the upcoming elections including the third round of local elections scheduled for September 18.

Top leaders of RJPN reached Bahadur Bhawan, the EC headquarters, more than two months ahead of the scheduled third round of elections in Province 2, the province considered to be a stronghold of Madhes-based parties. The party's leaders said the registration move was aimed at participating in the final round of local elections in Province 2 and remaining provincial and federal parliamentary elections.

Leaders of RJPN were supposed to apply for party registration on Wednesday but the move was delayed after some leaders expressed serious concern over the party's preamble.
After successful first and second round of local elections, the EC is scheduled to conduct the final round of elections in Province 2, the region which is considered as a stronghold of the Madhes-based parties.
"It's for the election purpose. We want to participate in the elections but the government must create conducive environment to ensure our participation in the elections," said RJPN leader Rajendra Mahato.

In the meeting with the election officials, the RJPN has demanded to provide umbrella, the party's symbol, as its election symbol. "Since the symbol has united our party, the EC should authenticate it realizing its importance. Otherwise, our unity will collapse and we cannot participate in the elections at that cost," said Mahato.

Sharma said the EC will decide over the registration once its legal department confirms the application is in accordance with the law.

RJPN had boycotted the first and the second phase of local elections demanding constitution amendment bill pending at the parliament be endorsed before the elections. The party, however, was under pressure to participate in the elections after its various candidates basically in Province 5 contested the elections as independent candidates.

Soon after formally registering application for party registration, RJPN leaders had discussed with Prime Minister Sher Bahadur Deuba and former PM Pushpa Kamal Dahal among other ruling leaders. At the meeting, RJPN leaders demanded to increase the number of local units, endorse constitutional amendment bill, withdraw cases against their party leaders and cadres and provide relief to physically disabled people at the earliest.

The leaders of the ruling parties have hinted to address their demands. "They have assured us of doing everything in the meeting. Let's see how they translate their words into action," said leader Mahato.

EC all set to conduct phase one local polls

KATHMANDU May 12: The Election Commission (EC) has said it has completed all its  preparatory work for conducting the first phase... Read More...