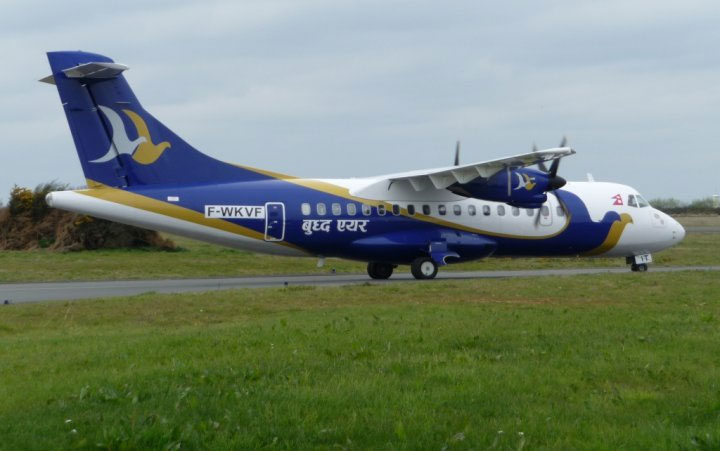 KATHMANDU, July 6: News on flight safety hovers around the Nepali media constantly, with frequent unfortunate news. As many airlines have made their flight in Nepal, both in domestic and international scope, among the few reliable domestic airlines, Buddha Air tops the list.

We conducted a poll among 100 passengers and 80 of them voted Buddha as the safest, among others. Here, we wanted to know the secret, we paid them a visit, and now sharing you 'the how'.

Since 1997, Buddha Air has been a regular name for Nepali sky, and as of now, two Beechcraft 1900D, three ATR 72-500 and three ATR 42-300 aircrafts make its fleet, flying to over 13 domestic and international destinations. As the number of years in experience and aircrafts has gone up, we found out that Buddha maintains a standard flight operation system.

Flight Operations at Buddha Air is guided by the operation manual to ensure safe and smooth operation. To provide the customers with safe, efficient and comfortable service, Buddha Air has put Safety Management System (SMS) in place which helps monitor, identify and implement the safety standards.

For this reason, it maintains an average of 60 hours flight time per crew per week even if the Civil Aviation Authority of Nepal’s (CAAN) limitation is 100 hours per month. This ensures that the crew is well rested and free of stress which decreases the likelihood of making mistakes during the flight which in turn improves the safety.

Every crew is provided with the training that exceeds the requirements set by the CAAN. For example, CAAN requires the crew to have at least 60 minutes of PPC (Pilot Proficiency Check) training every 6 months but Buddha Air steps it up a notch and provides the total of 4 hours of PPC training to the crew every six months.

One of them is "the Pre-monsoon Briefing" which is conducted every year for all the crew members before the start of the monsoon to ensure additional safety measures. Other employees from flight operations department are also provided with a proper training based on their job descriptions.

Buddha Air has Flight Data Monitoring (FDM) system in place which allows it monitor the activities of its aircrafts during the flight. It routinely captures and analyses the recorder data which is then used to identify the risks and take appropriate safety measures. In-depth analysis of the data obtained from the FDM system can be used to assess the performance of the crew or to find a safety precaution for future events. To ensure further operational safety, Buddha Air has been conducting internal safety audits.

Ten auditors from Buddha Air have been certified by IATA (International Air Transport Association) to perform corporate quality assurance of all the departments of the company. The auditors provide a report to the management after the completion of the audit which then takes necessary actions based on the recommendation provided by the auditors. It usually means that the concern regarding safety in all the departments will be addressed.

"We put the safety first, and hence we leave no issue uncheck to maximize the safety", says U.K. Shrestha, Chief Operation Engineering. "Buddha Air recently built its own closed door hangar as well. It is equipped with a maintenance facility, which is the first of its kind in Nepal.

Rather than flying its aircrafts abroad for maintenance, it can now be done here in Nepal", adds Shrestha. Having access to this kind of facility on top of regular audits ensures that the safety in flight operations is not compromised.

The promise made to the public is kept well by the company. Kudos! To all the efforts!

All you need to know about allergies