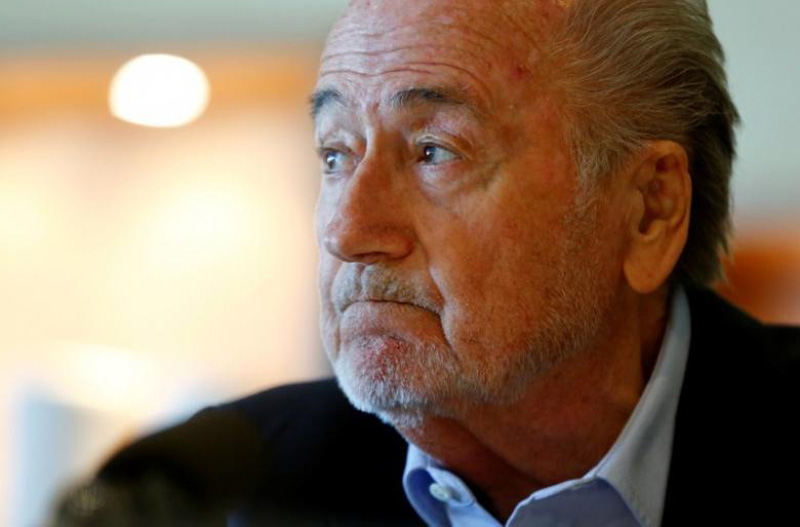 Blatter is currently serving a six year ban from all football-related duties imposed by FIFA's ethics committee after a corruption scandal at the Zurich-based body and has said he has been advised by lawyers not to travel abroad amid international probes.

"Yes, definitely, said Blatter when asked if he would go to Russia for the tournament next year. "(Russian President) Vladimir Putin has invited me."

"I may only not be used as a referee, but everything else is possible," the 81-year-old added.

Blatter said earlier this year he was not a suspect in the football-related corruption investigations underway in the United States.

He is, however, the subject of a criminal proceedings in Switzerland, although has not been formally indicted.

Several dozen football officials, including some from FIFA, were indicted in the United States in 2015 on corruption-related charges. Blatter was not among them, although he subsequently said his lawyer had advised him not to travel abroad.

Blatter and ex-UEFA president Michel Platini were banned from all official football-related duties in 2015, initially for eight years, over a 2 million Swiss franc ($2 million) payment FIFA made to Platini in 2011, with Blatter’s approval, for work done a decade earlier. Blatter's ban was later reduced to six years.

Blatter, meanwhile, said he was sure that Russia would play in the World Cup in 2018, despite doping allegations.

FIFA is still investigating claims that footballers were among the Russian athletes who were involved in or benefited from an elaborate state-sponsored doping scheme, it said last week.

"The Russians will play," Blatter said in the interview on Sunday. "For the World Cup in 2014 there were extensive doping tests carried out, also on the Russians.

"I don't believe that any were doped, but let's wait."