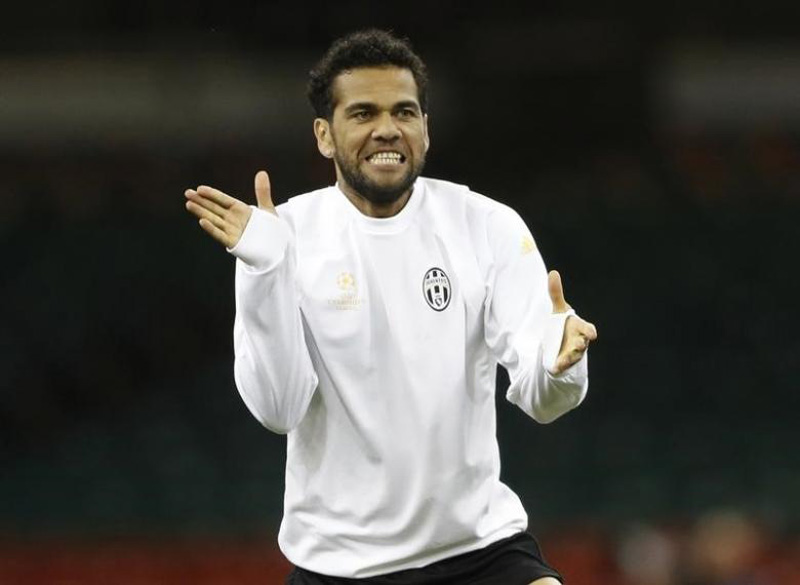 Defender Dani Alves has confirmed that he has left Serie A champions Juventus after one season in Italy, with Manchester City the most likely destination for the Brazilian, according to media reports.

The 34-year-old joined Juventus on a two-year contract from Barcelona last June and made 33 appearances as the club sealed the domestic double for the third successive year but fell to Spain's Real Madrid in the Champions League final.

Alves' relationship with the club has deteriorated after the 4-1 loss to Madrid in Cardiff last month and the Italian side's chief Giuseppe Marotta told reporters last week that the defender had asked to leave the club.

"I would like to thank all the Juventus fans for the year I've had, to my team-mates who welcomed me like the professionals they are, for a club that wins and reaches finals...," Alves wrote on Instagram.

"Today our professional relationship ends and I will carry with me all of those who with love and a true heart make Juve a great club."

Media reports have linked Alves with a move to Premier League side Manchester City for a reunion with former Barcelona manager Pep Guardiola.

LONDON, April 17: Defender Hector Bellerin has struggled to return to his best due to ankle problems and did not... Read More...