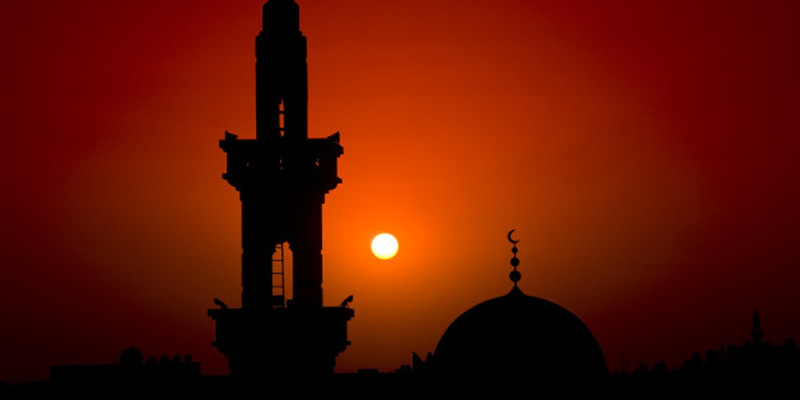 There cannot be Madhesi liberation if it is only for non-cow eating, pious, caste-rule abiding Hindus
Marking the end of the month-long Ramdan fasting, Eid is a glorious occasion in Birgunj. The streets are spotless and lined with confetti, there are smiling grandmothers offering people food outside of every home, and everybody is jubilant in spite of the sweltering heat, giving and receiving blessings, even as millennials take selfies in their crisp brand-new kurtas. Unlike the revelry of Holi, rambunctious festivities of Dushera or joyous rituals of Diwali-Chhath, Eid-ul-Fitr is celebrated with ebullient solemnity.

When I talk to Reena, a middle-class Hindu housewife, and tell her that I have never seen Birgunj in this celebratory mood, she scoffs: “These Muslims, they’re clean exactly one day a year. Have you seen the streets any other day! It is so filthy. They don’t know how to live like humans”. Prejudice reeks off her casual response, but she isn’t alone in displaying a dismissive attitude towards Muslims.

Reena’s view of Muslims in Birgunj is not uncommon in most parts of Madhes. Of course, there are many Hindus who are respectful and accommodating of difference. A shopkeeper next to my house told me that during Ramadan he kept his store open for many more hours than he usually would as he didn’t want his Muslim customers to be inconvenienced. But a bigoted, essentialist understanding of ‘Muslim culture’ and Islam as a religion permeates far too many Hindu Madhesi homes, and these discriminatory attitudes show how far Nepal still has to go to establish itself as a truly secular nation.

I ask Khadija, a Muslim in her 20s, if anything has changed in her life since Nepal was declared secular. ‘No’, she says, very matter of factly. “My son still doesn’t get days off school on Muslim holidays even though there is a Hindu holiday basically every week. The power goes out exactly when we’re about to break our fast. There isn’t much that has changed”.

Poverty among Muslims of Birgunj is high and areas that have a dense Muslim population appear completely neglected by the state. While poverty and lack of access to jobs is a problem that plagues Madhesis regardless of their religious affiliations, Muslims are among the hardest hit communities, bearing the worst effects of economic crises. Afra is a Muslim washerwoman in her 70s. When I ask her what the effect of the blockade was on her livelihood, she said “Garib na mara ta. It’s not you the rich people, or the politicians, or anybody else, we’re the ones who die”.

Ghettoization and poverty among Muslims in Birgunj is not spoken of often. Rather, among middle-class Madhesi Hindus, there is gross generalization that mixes casual observations with absurd moral impositions. I heard statements likes: ‘How can those who eat cows live like civilized people?’, ‘They have so little understanding of purity that they dump all their garbage on the streets’, and ‘I hear that people in the madrasa here have links with Al Qaeda’. It is easier to scapegoat Muslims and their ‘alien’ way of life than it is to examine the religiously biased governance structures that have led to Muslim communities being left the most destitute in many areas of Madhes.

Bina is in high school and is a Hindu student. We are talking about the end of Ramadan and she says, “Yeah, I have a Muslim friend who was complaining that Eid wasn’t listed on the calendar. Why would it be though? We’re Hindu here. I’m sure she has relatives in Pakistan that she can call and ask. Eid is probably listed on their calendars”.

While this juvenile comment might be taken to not mean much, the sentiment of ‘We’re Hindu here’ is far too pervasive to remain unaddressed, and with the rise of Hindu nationalism in India, the danger of ‘Hindu by default’ in Nepal appears to be on the rise. I don’t know if anti-Muslim sentiment in Nepal is ‘native’ or a consequence of porous borders with Modi-land, and this is perhaps not even that important. What I think begs attention is the hypocrisy of Hindu Madhesis who, while calling for dignity and recognition from the state, are so willing to subject Muslims to the same dehumanization that they are fighting against.

There cannot be Madhesi liberation if it is only for the non-cow eating, pious, caste-rule abiding Hindus. A revolutionary movement that is going to be for all Madhesis needs to acknowledge that Muslim Madhesis have the same civic rights of representation, participation and access to resources as citizens of any other faith. Without adherence to the principle of secularity, exalted values of democracy such as liberty, equality and solidarity hold little meaning for religious minorities.