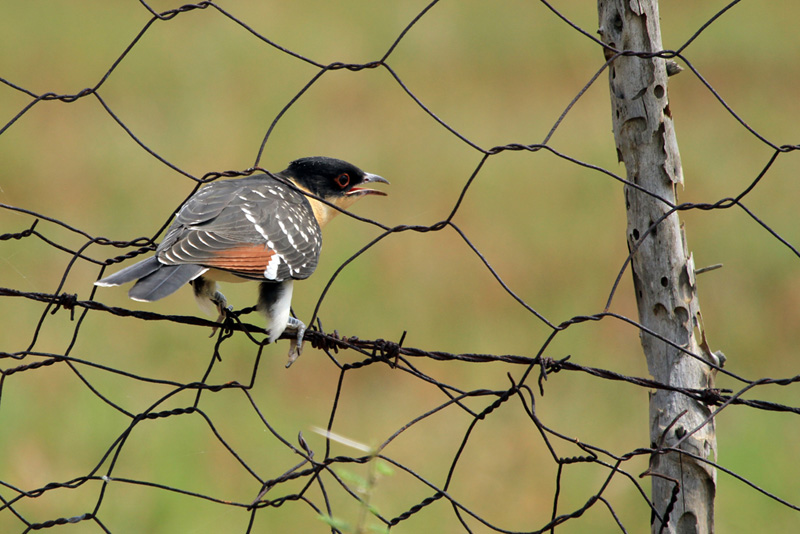 With concrete houses sprouting on what were fertile fields not long ago these birds are growing hungry
Are these distress calls of sorts?
What message is that cuckoo, perched somewhere on his command post deep in the Nagarjun forest, trying to convey through his melancholic ku-ku all day long, every day? That it is hungry? That our future is not rosy? That climate change and other factors are leading this beautiful world to a mega-disaster? That time to avert that disaster is now?

Every morning when I hear sparrows chirping, pigeons cooing and crows croaking hoarse in my neighborhood located close to the lap of the woods, unsettling questions like these pop up in my mind.

I don’t have definitive answers, but looking at the concrete jungle that seems to be rapidly advancing towards those lush hills like a powerful enemy that is confident of overrunning the last outpost of its arch foe, I sense that these birds, not to mention other wild animals out there, are under increasing threat of human invasion. With concrete houses sprouting on fertile fields where crops used to grow not long ago, these birds are growing hungry and are at the mercy of people for their very survival.

Sadly, it appears, few people living in concrete jungles are aware of the collective plight of these birds. And even if they are, most of them seem unwilling to feed the birds. When did our hearts turn into deserts? After concrete jungles started growing on paddy fields?

In villages, the situation is drearier still. Village after village after village are without working-age population these days, with most of the youths either moving to cities or to foreign countries in search of work, leaving huge swathes of fields barren and birds hungry.
Where do these birds go now?

Lack of food aside, birds of this day and age, especially urban ones, face several challenges.

Naked wires and a jumble of telephone and TV cables restrict their flight, preventing them from soaring high. Many fall into death traps we have set everywhere in cities, even if they fly low.

From these ‘enemy territories’ where do they go? Which part of the world is safe for birds, bees and other creatures?

Forget these death traps for a while. Electromagnetic radiation coming from mobile phone towers is affecting their reproduction, destroying their eggs and causing a huge decline in their populations, as studies suggest.

Scientific studies have also indicated that radiation from these towers interfere with honeybees’ navigation system, causing them to lose their way. Imagine the impact that beehive collapse disorder will have on food production. Imagine a world that feeds on genetically-modified crops. Imagine a world where Monsantos run the farms. Imagine how costly food production and consumption will be. Think about the loss of biodiversity, think of a world hurtling towards its end.
Does that scenario not terrify you?

Imagine the disaster that will befall us if cleaners of this world become extinct! Will we be able to survive it? Even a lay person can answer that question and that’s a ‘no’.
So what do we do now? What do we do to save this beautiful world and its beautiful creatures?

Return to Nature? Start living in caves, wearing barks of trees and animal hide as our clothes? Stop using those cellphones and revert to old ways of communication? Return to that hunter-gatherer life?

The idea of returning to Nature may sound exciting for some, but we have come too far to do that. So that won’t be possible.

But our mindless ways are not acceptable, either, for they are putting the whole world in peril. So what do we do now? Where do we go from here?

Let’s do some soul-searching. Let’s keep the interests of other beings, too, in mind while taking this world to another era of ‘progress and prosperity’. For example, let’s think of what impact our development initiatives will have on Nature, its living beings and non-living things. Let’s think what harm our respective national pride, reflected through one after another ambitious project coming from superpower, emerging superpower and hyperpower of late, will have on this fragile Earth, that is home not only to humans but also numerous other things and living beings.

Let’s think about the carrying capacity of this world and act accordingly. Otherwise, we, in the long run, will be digging our collective grave, no matter which nation wins and which one loses in this mad race in the short run.

At this crucial juncture, so-called ‘great nations’ and their great leaders have bigger responsibilities to make this world a livable place for humans and other beings. To begin with, they can start denuclearization, stop sounding war cries and stop meddling in internal affairs of weaker countries. Instead of opening new war theaters, they can give talks with their arch foes a try and give peace a chance. And they can give the idea of living with Nature, instead of trying to lord over it, a serious try.

Before concluding this piece, let me narrate my bird observation and my fears here.
After feeding off grains on my rooftop, a pigeon took flight and I started covering its flight with my camera. After soaring higher and higher in an overcast sky, the bird became a dot and vanished. That made me rather sad.

With war clouds hovering over the world and mighty nations equipped with nukes trying to outpace each other in their great march towards I don’t know where, there are fears that the world will cease to exist if these nations engage in a war ‘meant to end all wars’.

Before it’s too late, here’s hoping that ‘great leaders (from India to China to America to North Korea) wake up to the grave situation, stop acting crazy and do all they can to ensure that this world doesn’t turn into a dot first and then vanish in the two-dimensional graph of time and space.

While the discussion on the effects of Covid19 is taking place, stigmatization remains the least debated issue. Stigmatization began along... Read More...

On January 25, when WHO reported a total of 1,320 confirmed cases globally for disease the outbreak caused by novel... Read More...

Two killed, 11 injured due to lightning
6 hours ago

First flush of green tea goes to waste due to lockdown
11 hours ago
Support working families to reduce impact of COVID-19: UN agencies to govt
14 hours ago
Guidelines to be formulated to sell, distribute daily essentials
22 hours ago
Govt entrusts Nepal Army to import COVID-19 related medical supplies
29 minutes ago

Nepalis sneak into Nepal from India defying lockdown; say they’d rather die in their homeland (with photos)
2 hours ago

COVID-19 test begins in Surkhet; starting from today in Hetauda from today
4 hours ago

NA plane lands in Brisbane carrying around 260 Australians from Nepal
7 hours ago
More than 8,000 foreign-returnees enter Karnali
8 hours ago