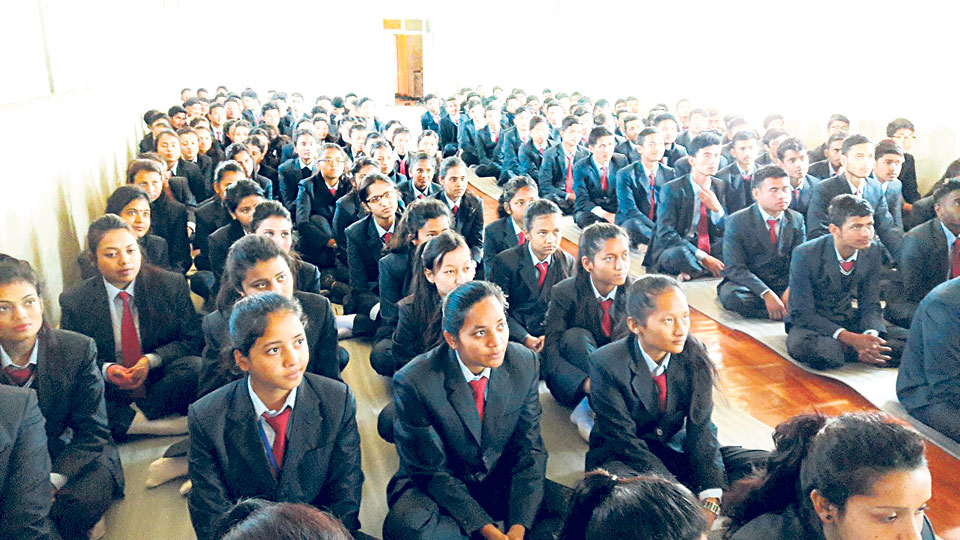 Every sector is equally important and meaningful to take it as a career.

KATHMANDU, June 22: Education is supposed to make you an expert, specialist, scientist, doctor, manager, administrator or teacher among others. However, the society and family expect their wards to be a successful person by earning enough money upon completion of their degree.

Students are mostly guided by others while getting admission after a certain level of education, especially after school education. Parents, relatives, teachers and friends definitely help them choose subjects for further study.

Many students are forced to follow others’ interests rather than their own, resulting in the choice of subjects that are not in accordance with their nature and capacity. Several students also follow advertisements which the educational institutions publish with offers to attract the students.

“There is always conflict of interests,” said Suprabhat Bhandari, former president of the Guardians’ Association Nepal. “Parents mostly want them to earn money. Wards always prefer to follow friends or their own desires,” he said.

Guardians always attempt to dictate them but the students seek to go ahead independently, which may not be fruitful in making a career in life. “The modern society measures success in earning money. This can lead our society to work unethically for making money,” Bhandari added.

The gap between students and parents need to be bridged through counseling to tap their potential while pursuing further study, says Prof Bidhya Nath Koirala.

As the society prefers to earn money, people do not hesitate to do anything to earn money for social reputation. On the other hand the schools have separated the streams such as science, humanities, education, management and technical studies after Grade 10 against the spirit of secondary education.

This is the second time the letter grading evaluation system has been used in SEE. Individual subjects have been graded under alphabetical letter grading (E to A+) while aggregation has been graded in numerical GPA (Grade Point Average) ranging from 0.8 to 4.0.

It’s a wrong practice of imposing certain criteria to get admission in grades 11 and 12, said Prof Koirala. “The stream-wise school education is not in practice in European and American countries. We have made such discriminatory rules here,” he said. “The students must be given choice to select the subjects of their choice in the school instead of imposing streams,” he added.

Education is believed to nurture the potentials of students. But the social trend is that education is acquired to get employment. “The students should study whatever they like as there is no guarantee to get job in the market,” he said. “Studying science has broader sphere of branching out to various fields. However, every sector is equally important and meaningful to take it as a career. It depends on dedication and efficiency after graduation.”

The students should be given proper orientation so that they can take proper steps in accordance to their capacity and interests.

Former Pakistan pacer Wasim Akram, who has been the bowling coach and mentor of Kolkata Knight Riders, will not participate... Read More...

KATHMANDU, July 16: The scheduled hearing for the recommended justices to the Supreme Court said to begin from Sunday has... Read More...