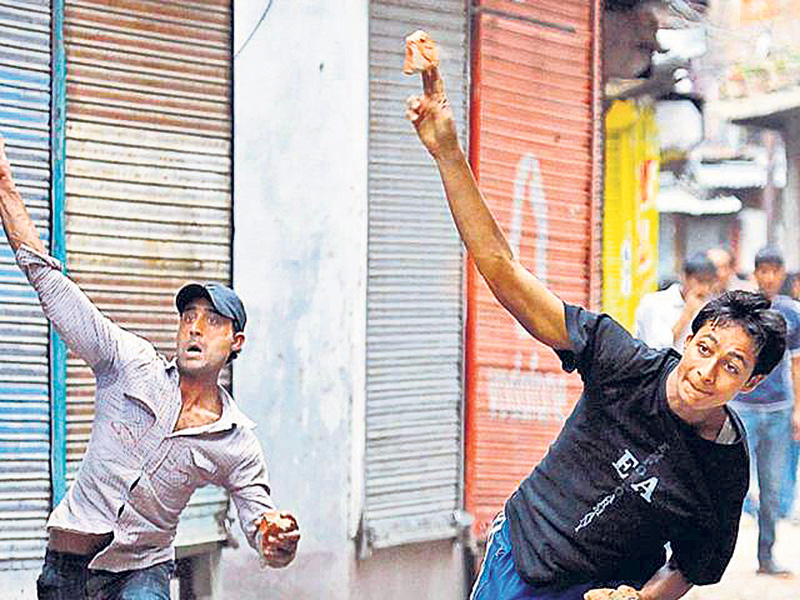 The achievements of the Jana Andolan II do not benefit the youth and every day over 1,500 leave in search of better opportunities abroad
A philosopher by the name of Friedrich Nietzsche once said, “The surest way to corrupt a youth is to instruct him to hold in higher esteem those who think alike than those who think differently”. Here in Nepal, we have an old culture of encouraging people to think like everyone else. Many mistake the quietness for happiness, believing people are satisfied with the way things are in their life or in their country for that matter. As a result, the governors are clueless when it comes to taking swift actions to meet people’s aspirations.

I would argue that this dysfunctional culture that we have nurtured, combined with corruption and bad governance, has created ‘quiet riot’ in the country.

It was former US President Barack Obama who said, “Quiet riots happen when a sense of disconnect settles in and hope dissipates. When despair takes hold, young people all across this country look at the way the world is and believe that things are never going to get any better. Such despair quietly simmers making it impossible to build strong communities and if the problem is not addressed in a timely fashion, such despair will be revealed in a violent manner for everyone to see”. For example, the last two Jana Andolans came about after successive governments chose to ignore people’s sad socio-economic realties.

In less than two decades of the first Jana Andolan, Nepal saw a violent uprising that we have come to call Jana Andolan II. This happened as the democratic setup failed to address the age-old quiet riot of the marginalized section of the society. Unfortunately, the achievements of the Jana Andolan II, too, do not seem to benefit the youth. Every day, more than 1,500 Nepali youths leave the country in search of better opportunities.

This has been happening for more than a decade. Most of them go to the Gulf countries to work in extremely harsh conditions that are fit only for machines. This harsh environment has already claimed the lives of thousands of Nepalis. This problem, if not addressed soon, could invite another uprising.

It seems the youth are frustrated in other parts of the developing world as well; in Nigeria, for example. Nigerian youths have started wishing the older generation were dead because they feel it is the only way they can get to lead the country. Recently, former President of Nigeria Olusegun Obasanjo had to plead with the nation’s youth not to wish elders in the country dead, saying they need them as “mentors” and “advisers” in the journey of life. If this despair felt by the youth is not properly managed, the unfolding youth explosion in the African country could be dangerous. In fact, insurgents have been already capitalized on the anger and frustrations felt by the disillusioned youth to fuel the insurgency in many parts of the oil-rich nation.

Research shows that corrupt governments are responsible for despair among the youth.

Governments did not prioritize youth-friendly plans, policies and programs as only a handful of youth are currently in parliaments, especially in third-world countries. For example, only 2 percent Members of Parliament (MPs) around the world is under 30 and more than 80 percent of the world’s upper houses of parliament have no MPs under 30.

The youth MPs in Bhutan have radically changed the country in a short time, making the Himalayan nation one of the greenest on Earth. It is already carbon neutral. Now it is targeting 100 percent organic energy and zero-waste. The forests of Bhutan already absorb three times more CO2 than its population creates, which has resulted in negative carbon emissions. Had Nepal followed Bhutan’s path, the country would today already be on a firm trajectory of progress. I wonder how many MPs in Nepal are under 45!

There are few youths in the parliament, as the majority of them do not vote. They believe nothing can be achieved through elections. They also feel elections are being conducted in a fashion suited for the Stone Age and not the Digital Age. If things are to improve, youths have to be engaged in politics. While many countries like Nepal are not doing anything to address the issue, Estonia is already taking progressive steps. In order to allow younger voters to participate in elections, besides putting in place an internet voting platform, the Estonian Parliament recently approved a constitutional change to allow 16- and 17-year-olds to vote in local elections.

Estonia sees reducing voting age as a way to engage young people in politics and ensure that an aging population doesn’t have disproportionate influence on decisions affecting the young generation. Similarly, the Scottish Parliament last year voted unanimously to lower the voting age to 16 for local and national elections. As a result, recently held Scottish election saw 75 percent youth turnout. It is time for Nepal to do the same.

In Nepal, despite hundreds of thousands of invalid votes, the results of the recent local election for the Mayor of Kathmandu were disappointing for many large political parties.

This showed the people are tired of living in chaotic and polluted cities that we call Kathmandu and Lalitpur. Their pollution levels are so high that the World Health Organisation recently said the cities are unfit for humans.

Nietzsche also said, “When you stare into the abyss the abyss stares back at you”. I feel this solves the riddle of decadence in the two metropolises. If the youth just keep staring at the abyss created by their parents and grandparents, the abyss will only stare back at them. So, if things are to change, it is important for the youth to engage in national and local politics.

For now, the only thing children living in the two metropolitan cities can do is to look back with hatred at the generation of idiots who destroyed the two beautiful cities without caring about future generations. I don’t know if you have noticed, but it seems as though there is only one season in the abyss: that of extreme disorder.

Traditional method of replacing faulty parts does not work. Throwing off the old stuff is the solution. ... Read More...

A warm cup of coffee is a delight in winter, especially in the mornings. Doing it the regular way? Republica... Read More...