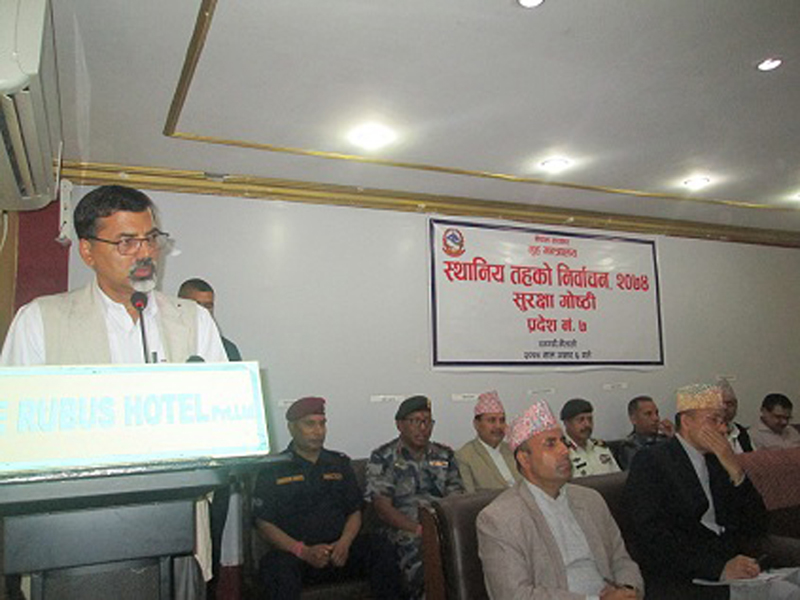 DHANGADI, June 20: Home Minister Janardan Sharma today said the country would pursue development and prosperity following the full enforcement of the constitution by holding all three levels of election--local, provincial and federal--in time. Inaugurating a seminar on security arrangements for local level- elections at Province 7, he said the practice of competition for development and activities against corruption would start following the implementation of the constitution.

Clarifying that the government failed to hold the local- level elections in a single phase due to current political situation of the country and demands of Madhes, he said, "The government had to decide to organise the polls in three phases in order to accommodate all these in the polls."

Stressing the need for reconstructing administrative bodies as demanded by the new constitution, he emphasized the need to transform security agencies---police, Armed Police Force and Nepal Army--into new structures.

The Chief District Officer of Kailali, Secretary at the Home Ministry and chiefs of security bodies also spoke on the occasion.

The event was also attended by high-level officials of the Ministry and chief of all security bodies of nine districts under the Province 7. RSS

BUTWAL, June 19: Home Minister Janardan Sharma has said the government is committed to strengthen the security system so that... Read More...