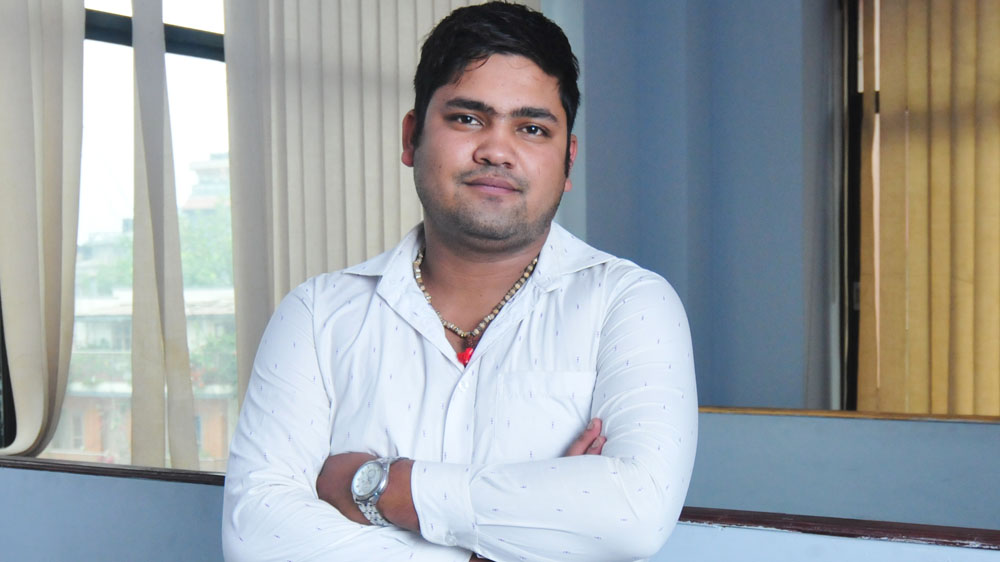 KATHMANDU, June 20: As a saying goes, “Will power and diligence will help one achieve his/her goal," this holds true for the life of Sujit Darnal.

Abject poverty and financial constraints did not prevent him from becoming a doctor.

Constant hard-work and his desire ultimately helped him materialize his dream of becoming a medical doctor.

Darnal, who was born into a poor Dalit family that stitches clothes for a living, stood first in MBBS exams among over 1,000 medical doctors with 80.82 percent marks.

Darnal’s family had migrated to Letang of Morang from hill district Tehrathum in 1989.

His father had no land nor did he have a house of his own. Stitching clothes was the only profession of Ganga, the father of Sujit, that four family members had to depend on for livelihood.  Ganga’s health condition   was not good. He had diabetes and high blood pressure.

Sujit had to help his father with his tailoring profession in the morning, evening and during public holidays as his father’s health condition was not good. He was always suffering from  high blood pressure and diabetes.

Since medical education is very costly, making Sujit a doctor was beyond his family’s imagination. As his luck had something in store for him, he heard that there were two seats for Health Assistant  (HA) under the Council for Technical Education and Vocational Training (CTEVT) at Madan Bhandari Memorial Academy in Urlabari.

As his luck favored him, he   passed the entrance test conducted by the CTEVT. Then he chose the same college to pursue his HA  studies.

Sujit’s English was not so good as he had studied at a government school. This discouraged him a little. However, his periodic exam results were highly encouraging.  Eventually, he passed the HA with outstanding score.

His family expected that their son would do a job and   help them financially. But  their plea  fell on deaf ears  due to his yearning for pursuing his further  medical studies.

Then he got a chance to study MBBS under government quota. He topped the MBBS final exam of his batch.

Despite poverty and financial constraints, his luck favored Sujit which culminated in the realization of his dream to become a doctor. He wants to help students from poor and marginalized family background with their education while serving as a doctor.

Foreign envoys and diplomats taking part in ‘hiking’
9 hours ago